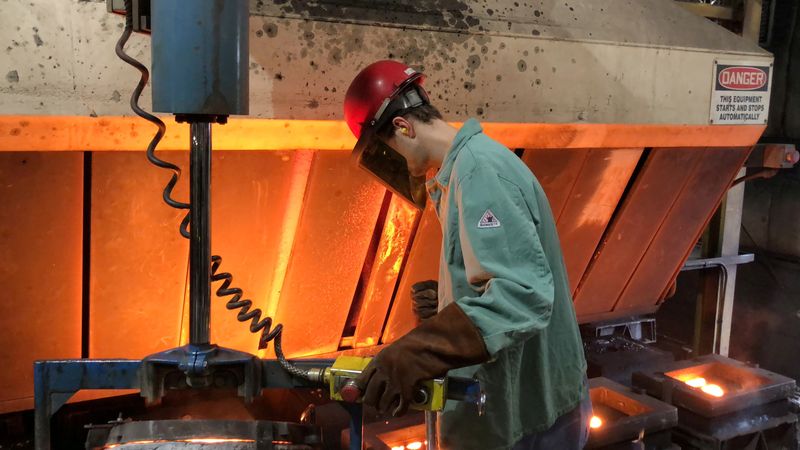 (Reuters) - A gauge of manufacturing activity in the U.S. mid-Atlantic region fell unexpectedly this month to its lowest level - outside of the coronavirus pandemic - since 2011 as firms reported continued softness in new orders and a weak outlook.

The Federal Reserve Bank of Philadelphia's monthly manufacturing index fell to negative 19.4 in November from negative 8.7 in October. Outside the shortlived plunge in activity in the early months of the pandemic, it was the lowest reading since August 2011 and defied expectations in a poll of economists by Reuters for an uptick to negative 6.2.

The new orders index was negative for a sixth straight month, weakening fractionally from October with a current reading of negative 16.2. The six-month outlook index, which has also been consistently negative starting in June, came in at negative 7.1, up from negative 14.9 in October.

The gauge of employment showed continued growth in hiring but at its weakest pace since June 2020.