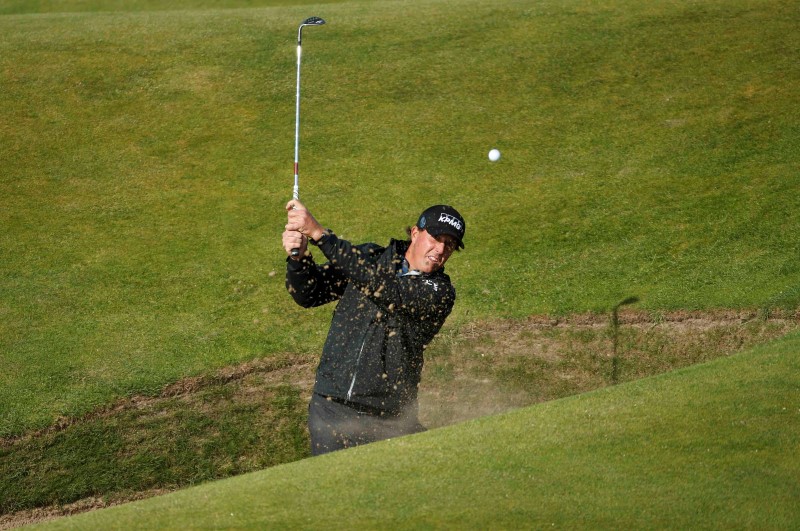 (Bloomberg) -- Phil Mickelson and Dustin Johnson are among a group of 17 golfers who have been suspended from the PGA Tour as it takes a hard-line stance on its members participating in a new breakaway league.

Tour players participating in the new league formed by LIV Golf Investment, which is backed by Saudi Arabia’s Public Investment Fund, have been notified that they are suspended from PGA Tour tournament play, Commissioner Jay Monahan said in a memo Thursday.

“These players have made their choice for their own financial-based reasons. But they can’t demand the same PGA Tour membership benefits, considerations, opportunities and platform as you,” Monahan wrote in the letter addressed to PGA Tour members.

The first tournament for the new golf league begins Thursday at the Centurion Club outside of London.

Big names like Mickelson and Johnson have pledged their allegiance to the new league and are getting paid big money to do so. Mickelson signed a deal worth about $200 million, The Golf Channel reported, while Johnson was paid 100 million pounds to join the league, The Telegraph reported.

Other prominent golfers in the field include Sergio Garcia, Louis Oosthuizen and Graeme McDowell. Other PGA Tour players have been linked to the league but have yet to publicly commit to joining.

Each of the seven regular season events scheduled for LIV Golf’s 2022 season has a purse of $25 million. There’s also a $30 million prize for the top individual performers over the course of the season and a final event where teams will battle for a $50 million pot.

Players have faced criticism for participating because of the Saudi-backed league’s record on human rights.

The USGA, which oversees next week’s U.S. Open, announced Tuesday that those qualified to play in the major won’t be prevented from teeing it up because of their participation in the LIV event.

The Tour has taken steps to try and compete with the gigantic purses the LIV is offering by awarding $40 million in bonus money last year to players that generated the most positive interest. It’s offering the same program this year, but with a $50 million pot. The Tour also upped official prized money $60 million from last year to $427 million in 2022.

Monahan wouldn’t commit to whether or not players participating in the new league would ever be able to return after “willfully violating a regulation.”