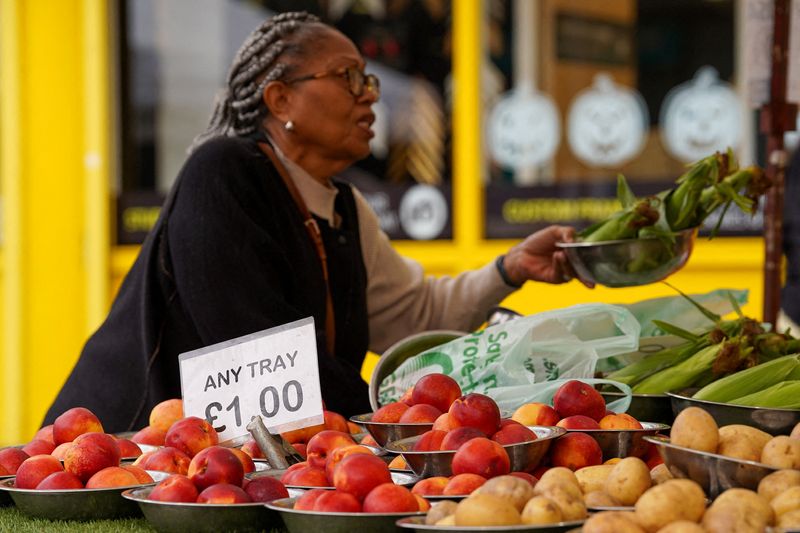 LONDON (Reuters) - Britain's economy will shrink by 2% in a recession that started during the previous quarter and is on track to last just over a year, the Office for Budget Responsibility (OBR) forecast on Thursday after new government fiscal plans.

The OBR forecast Britain's economy would not reach its pre-pandemic size until the final quarter of 2024.

"The squeeze on real incomes, rise in interest rates, and fall in house prices all weigh on consumption and investment, tipping the economy into a recession lasting just over a year from the third quarter of 2022," the OBR said.