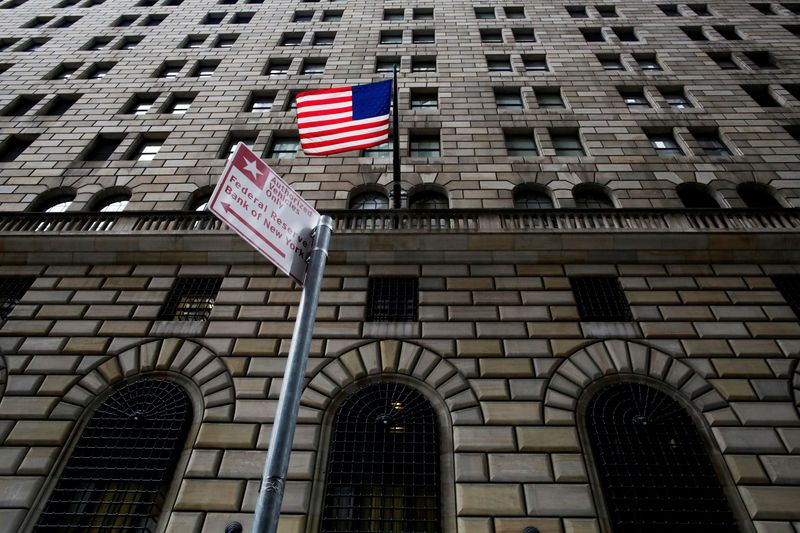 (Reuters) - Americans continued to take on debt during the fourth quarter amid a surge in credit card borrowing, even as they backed away from new mortgages in a rapidly rising interest rate environment, the Federal Reserve Bank of New York said Tuesday.

The bank said in its quarterly report on household debt and credit that total borrowing during the third quarter increased by $351 billion from the prior quarter to $16.51 trillion. Overall borrowing is $2.36 trillion higher than the level seen at the end of 2019, before the coronavirus pandemic struck and scrambled the economy.

The researchers flagged high car prices, more expensive homes and elevated gasoline prices as all having helped push up how much Americans have been borrowing.

The report said that mortgage originations, which include refinancing existing loans, fell by $126 billion from the second quarter and stood at $633 billion during the third quarter. The bank said that current activity in the market to create new mortgages resembles the conditions seen before the pandemic struck. It also said that home foreclosure rates remained low.

That said, overall mortgage debt during the third quarter rose by $282 billion and hit $11.67 trillion at the end of September, the New York Fed said.

The rise in consumer level debt took place in an economy where unemployment was low and consumer demand was high amid the worst levels of inflation seen in 40 years. The Fed has been seeking to temper surging prices with aggressive rate rises, which has dramatically cooled activity in the housing market. The rate increases have also generated worries the Fed will send the economy into a downturn.

"With prices more than 8% higher than they were a year ago, it is perhaps unsurprising that balances are increasing," the New York Fed said in a blog posting about the report, and that caused credit card balances to grow at nearly double last year's rate.

Student loan borrowing levels could change in the future depending on legal challenges to the Biden administration forgiveness plan. A report from the New York Fed in September said that the president's plan could cancel out just under half a trillion dollars' worth of existing debt.