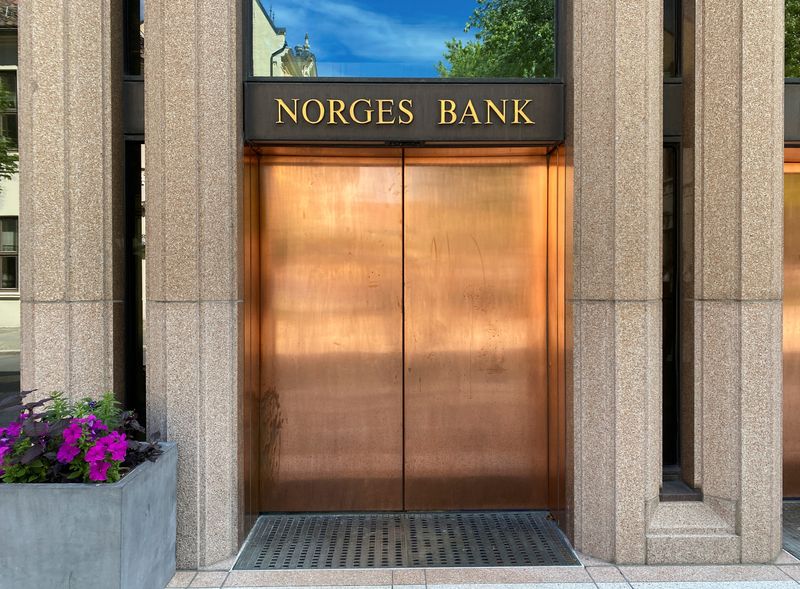 OSLO (Reuters) -Norway's central bank raised its benchmark interest rate by 50 basis points on Thursday, as expected by most economists, and said it plans to hike again in November.

Norges Bank's monetary policy committee raised the sight deposit rate to 2.25% from 1.75%, having signalled in August a September hike was likely, but without indicating by how much.

The hike comes as central banks across the world battle to contain soaring inflation.

"The policy rate will most likely be raised further in November," the bank said in a statement.

The rate, now at the highest level since 2011, is set to increase to around 3% during the upcoming winter, the bank said, adding that projections were more "uncertain than normal".

Of the 30 economists polled by Reuters, 28 predicted Norges Bank would hike by 50 basis points (bps) while one forecaster had said a 25 bps increase to 2.0% was the most likely outcome, and another predicted a rise of 75 bps to 2.50%.

The Swiss central bank on Thursday hiked by 75 bps, while the Bank of England is expected to raise rates later in the day.