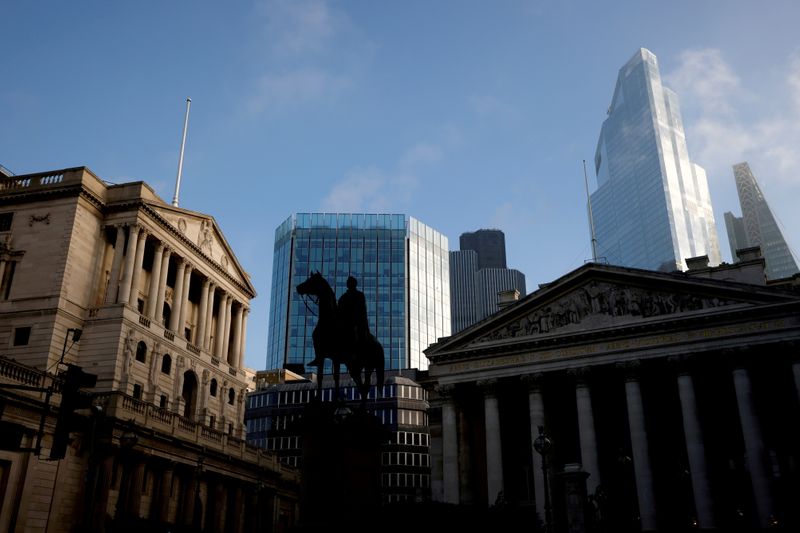 © Reuters. FILE PHOTO: The Bank of England and the City of London financial district in London, Britain, November 5, 2020. REUTERS/John Sibley

By William Schomberg and David Milliken

LONDON (Reuters) - The Bank of England's new interest-rate setter warned against cutting back on stimulus too soon, underscoring an increasingly stark divide among BoE policymakers about how to respond to rising inflation.

Catherine Mann, who is due to join the BoE's Monetary Policy Committee in September, said the recent rise in inflation did not look like it would turn into a spiral of persistently stronger price growth.

"I have a lot of different ways of evaluating whether or not that surge appears to be continuing, transitory, or whether it appears to be a spiral," Mann told lawmakers on Monday.

Mann said lessons from the global financial crisis of 2008-09 showed that worries about rising inflation on the back of a jump in oil prices and debt levels had led to a loss of economic output which hit younger and poorer workers.

"We don't want to repeat that coming out of COVID. And so I think that bears on the need to not be premature in terms of tightening monetary policy," she said.

"The sort of metaphor has been used, and I guess it's appropriate under the current circumstances, is to say: 'You've got to wait until you see the whites of their eyes'," she said, referring to signs of persistent inflation pressures.

Mann's comments echoed those made earlier on Monday by MPC member, Jonathan Haskel, who said reducing stimulus was not the right option for the foreseeable future.