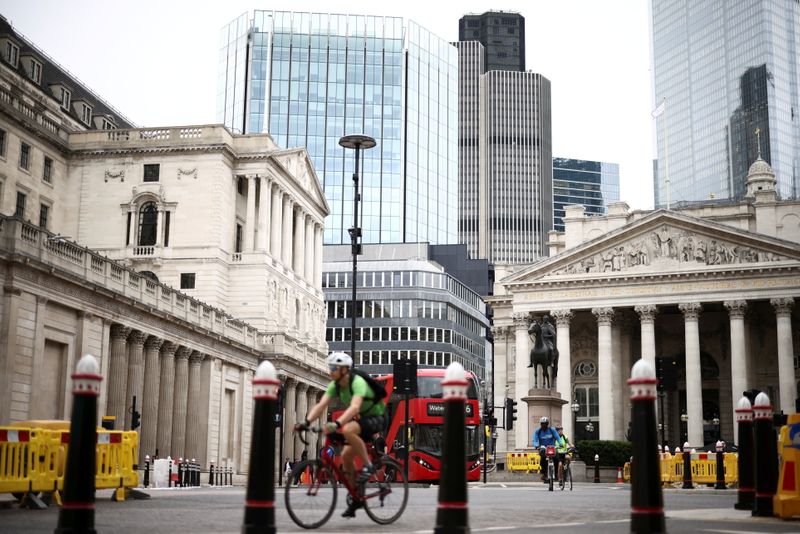 © Reuters. FILE PHOTO: The Bank of England can be seen as people cycle through the City of London financial district, in London, Britain, June 11, 2021. REUTERS/Henry Nicholls/File Photo

LONDON (Reuters) - New Bank of England policymaker Catherine Mann, who will join the BoE on Sept. 1, described the global economy as potentially vulnerable in a statement to British lawmakers on Monday.

"The recovery from COVID is more fragile than might appear based on projections of global growth at nearly 6 percent," she wrote to the British parliament's Treasury Committee ahead of a pre-appointment hearing.

"This fragility comes from the disparity in timing and magnitude of growth rebound across economies, a question about the magnitude and rotation of spending across sectors as fiscal policies retrench and lockdowns relax, and the differential pace of return to pre-COVID metrics for GDP growth versus employment," she added.

Mann declined to comment on specifics about Britain's economy, saying she would "learn much more" after receiving briefings as part of her new role on the Monetary Policy Committee.