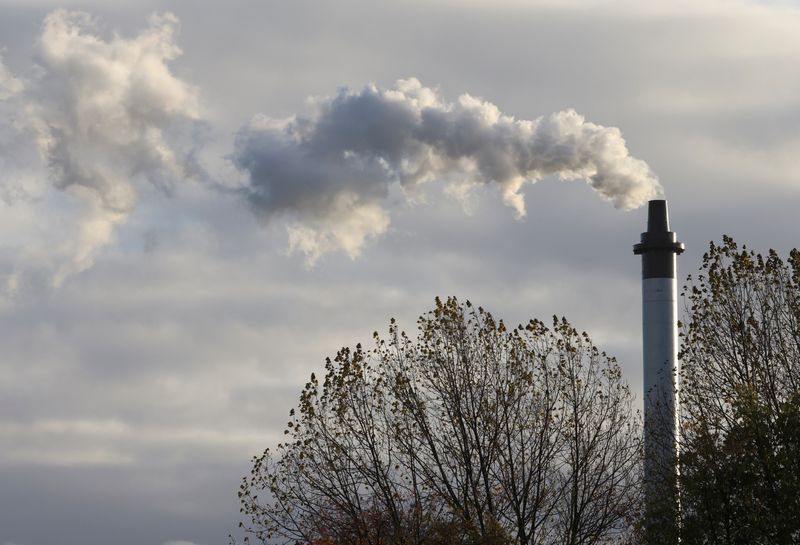 LONDON (Reuters) - Three quarters of the world's sovereign wealth funds now have a formal policy on environmental, social and governance investing, yet just 30% have set a target to reduce carbon emissions across their investments, a study on Wednesday showed.

The policy move comes as institutions increasingly look to position for the shift to a low-carbon economy in the fight against climate change, and is up from 46% five years ago, the latest Invesco Global Sovereign Asset Management Study https://www.invesco.com/content/dam/invesco/igsams/en/docs/Invesco-global-sovereign-asset-management-study-2022.pdf showed.

The study surveyed 81 sovereign wealth funds and 58 central banks with combined assets of around $23 trillion.

Despite growing concerns around climate change, less than a third of sovereign funds said they had implemented a target to reduce their carbon emissions, though that was up from 23% the prior year.

Those with a formal ESG policy cited a range of challenges in implementating it properly. Chief among them was a lack of clear regulatory standards around ESG investing, which 37% of those surveyed called a "significant challenge".

Other concerns included the quality of data and ESG ratings and concerns about 'greenwashing', where the environmental benefits of an investment might be misleading.

"There is a lack of transparency, which presents reputational risks," the report said, citing a development-focused sovereign wealth fund in the Middle East.

In an effort to avoid such situations, more sovereign funds were looking to invest in so-called 'Impact' projects, where results are determined by measurable outcomes that can be verified and tracked over time.