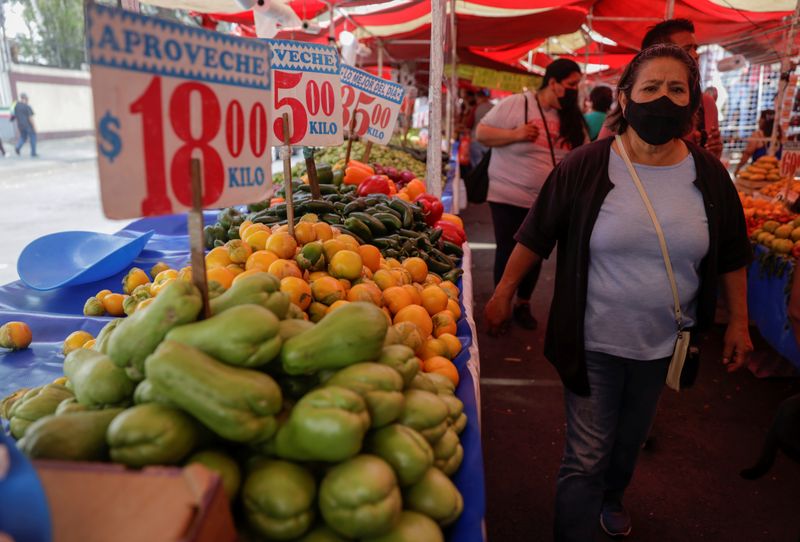 MEXICO CITY (Reuters) - A Mexican presidential decree will be issued on Friday to modify tariffs in the country's import and export law in a bid to curb inflation, a finance ministry spokesperson said on Thursday.

The announcement comes a week after President Andres Manuel Lopez Obrador unveiled a plan to tame inflation. As part of it, the government pledged to increase production of staple foods with the support of local business leaders.

The ministry spokesperson declined to give more details about the changes to the law ahead of publication.

Mexican headline and core inflation in April reached their highest levels since January 2001.

Mexico's central bank on Thursday raised its benchmark interest rate by 50 basis points to 7.0% and said it could take "more forceful measures" to combat inflation.