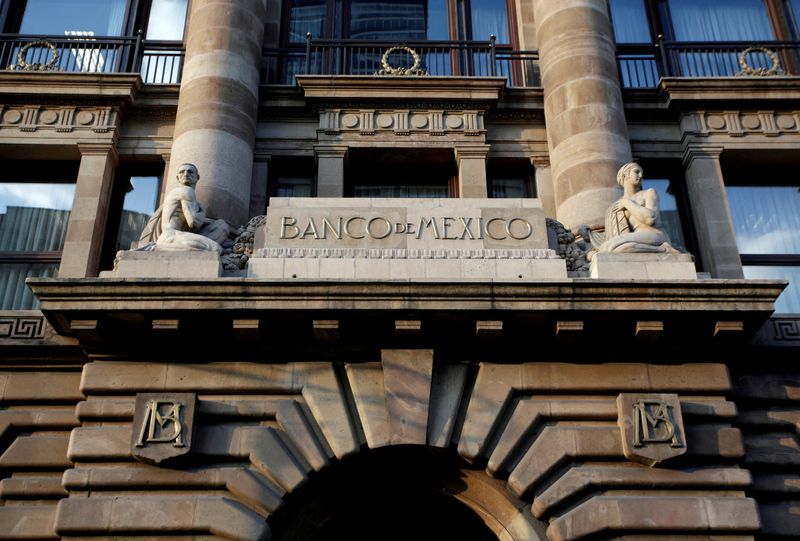 MEXICO CITY (Reuters) - Mexican annual inflation likely accelerated to a two-decade high in December, a Reuters poll showed on Monday, reinforcing expectations that the central bank will raise its key interest rate for the sixth consecutive time next month.

The consensus forecast of 11 analysts surveyed was for inflation to advance to 7.51% from 7.37% in November. If the prediction is correct, that would be the highest rate seen since January 2001, when inflation hit 8.11%.

The core rate of inflation, which strips out some volatile food and energy items, was seen accelerating to 5.94%, which would be the highest since October 2001.

The Bank of Mexico (Banxico) raised its benchmark interest rate more than expected last month to 5.50% as it sought to contain rising price pressures.

Banxico's next monetary policy meeting is scheduled for Feb. 10. The bank targets inflation of 3%, with a one percentage point tolerance range above and below that.

Compared to the previous month, Mexican consumer prices are estimated to have increased by 0.51% in December with the core price index seen advancing 0.76%.

Higher costs for some processed foods, livestock products and other merchandise were seen driving inflation.