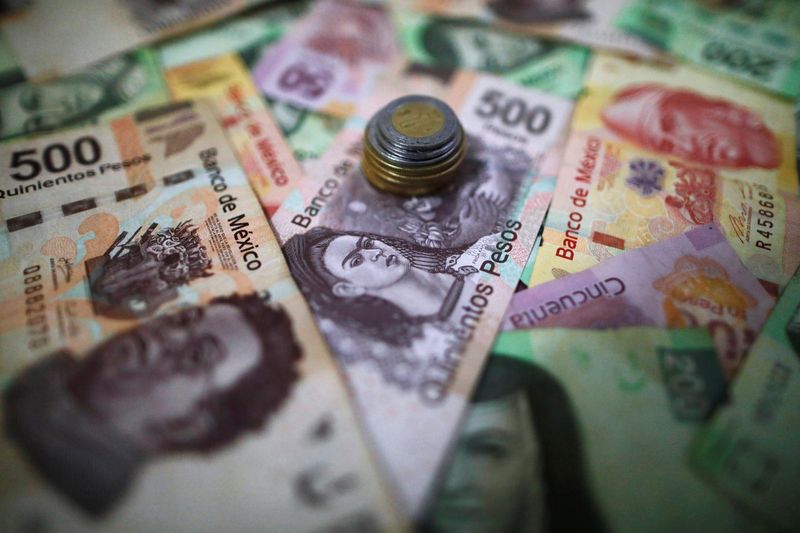 MEXICO CITY (Reuters) - Mexico's central bank on Thursday increased its benchmark interest rate by a record 75 basis points to 7.75%, saying more rate hikes would be forthcoming if necessary as the Bank of Mexico seeks to tame galloping inflation.

Inflation in the year through mid-June hit 7.88%, well above the central bank's target of 3%, plus or minus one percentage point, data earlier in the day showed..

"For the next policy decisions, the board intends to continue raising the reference rate and will evaluate taking the same forceful measures if conditions so require," the bank said in a post-meeting statement after its ninth hike in a row.

Banxico, as the bank is known, has been raising rates as it tries to moderate spiraling consumer prices, having increased the benchmark rate by 375 basis points since mid-2021.