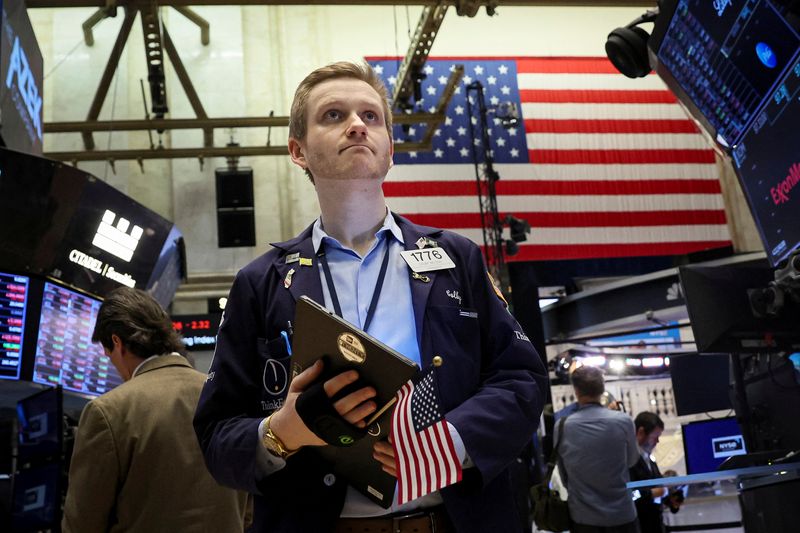 LONDON (Reuters) - Investors have dramatically upped their bets that the U.S. Federal Reserve will raise interest rates by 75 basis points (bps) rather than 50 bps on Wednesday, a swing in expectations which has fuelled a violent selloff across world markets.

Expectations for a 75 basis point hike at the June meeting jumped to 96.5% on Tuesday from only 3.9% a week ago, according to CME's Fedwatch Tool. Consequently, expectations of a 50 bps rate hike on Wednesday have melted to less than 4% from a sure fire bet a week earlier..

Investors worry that a 75-basis-point hike, which would be the biggest since 1994, will negatively impact the valuation of equities, particularly technology stocks, and jeopardize the post-COVID-19 recovery.

Monday's selloff confirmed a so-called bear market for the U.S. S&P 500 equity index, which is down more than 20% from its most recent closing high.

The Fed meets on Wednesday following data last week showing that U.S. consumer prices rose at their fastest pace since 1981.

Some investment banks including Goldman Sachs (NYSE:GS), said they now expect 75-basis-point increases in June and July, and then a 50-basis point hike in September. TD Securities expects the same quantum of rate hikes in June and July.