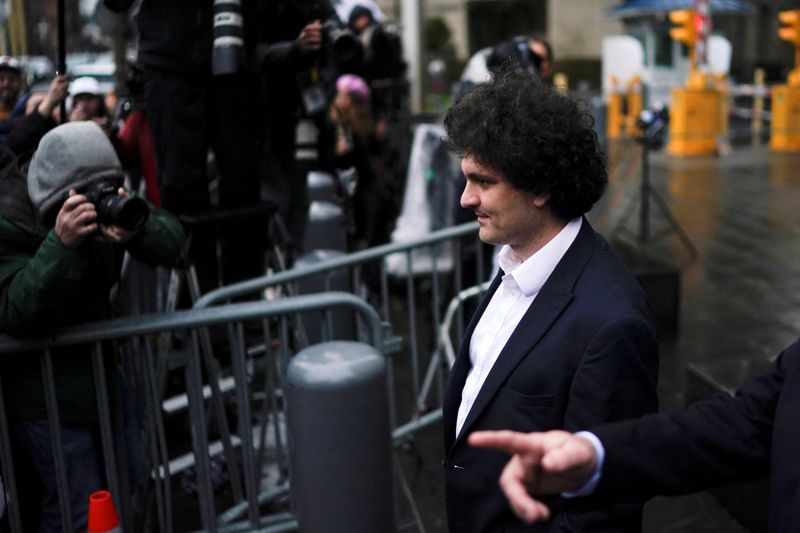 By Jonathan Stempel and Luc Cohen

Saying the public interest "cannot be overstated," lawyers for the outlets, including Reuters, said the public's right to know Bankman-Fried's guarantors outweighed their privacy and safety rights.

In a letter to U.S. District Judge Lewis Kaplan in Manhattan, the lawyers distinguished the case from another judge's December 2020 decision not to reveal who guaranteed a bond for British socialite Ghislaine Maxwell, then accused and later convicted of aiding in financier Jeffrey Epstein's sex crimes.

"While Mr. Bankman-Fried is accused of serious financial crimes, a public association with him does not carry nearly the same stigma as with the Jeffrey Epstein child sex trafficking scandal," lawyers for the outlets wrote.

A spokesman for Mark Cohen and Christian Everdell, who represent Bankman-Fried, declined to comment. Cohen and Everdell also represented Maxwell in her criminal case.

In seeking to keep the sureties' names under wraps, Bankman-Fried's lawyers said their client's parents, who co-signed the $250 million bond, had been harassed and received physical threats since FTX's early November collapse and bankruptcy.

The lawyers said there was "serious cause for concern" the additional sureties might suffer similar treatment if their names went public.

Bankman-Fried has pleaded not guilty to criminal charges that he looted billions of dollars at FTX, in part by diverting customer deposits to support his Alameda Research hedge fund, buy real estate, and make political donations.

His parents, Joseph Bankman and Barbara Fried, are Stanford Law School professors. Bankman, who has not been accused of wrongdoing, has hired his own lawyer in the case, according to a person familiar with the matter.