Luxury sales to grow at least 5% this year - Bain 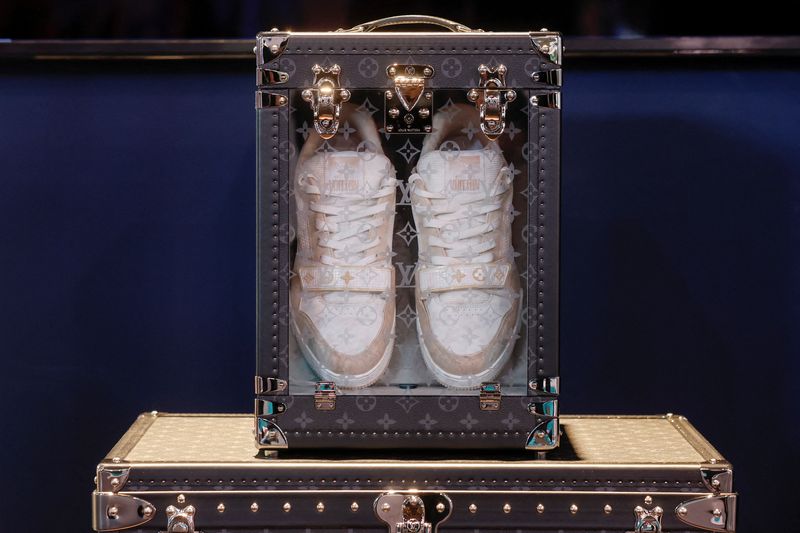 PARIS (Reuters) -Sales of luxury goods are set to rise at least 5% this year as shoppers in the United States and Europe continue to snap up high-end watches, jewelry and shoes despite the conflict in Ukraine and soaring inflation, consultancy Bain said Tuesday.

Bain estimates that global sales of personal luxury goods will reach at least 305 billion euros ($320 billion) this year, according to its most conservative estimate — and up to 330 billion euros in a more optimistic scenario — building on its fast rebound from pandemic lockdowns.

This compares with a previous estimate of 310 billion euros.

Bain widened its projections to account for strong current sales, said D’Arpizio, despite a wobbly stock market in the United States and concerns about an economic recession.

"We are aware that we are in a very turbulent environment," she said.

One negative was a fall in demand from affluent Russians following Moscow's invasion of Ukraine. Prior to the conflict, Russians accounted for around 7 billion euros in luxury products both at home and abroad, 2-3% of the global market.

Travel bans limiting Russian tourists' access to most of Europe and Russian banks' removal from international payment networks were factors, according to the report.

Analysts at Bain said global sales of personal luxury goods, which include clothing, accessories and beauty products, reached 288 billion euros last year, surpassing a previous forecast for 283 billion due to strong spending over the holidays.

Even with high inflation and disruptions caused by COVID-19 lockdowns in mainland China, luxury firms tapped into local demand in Europe and the United States with effective marketing.

"We were for sure astonished," by resilient consumer confidence despite inflation, D’Arpizio said.

Domestic spending from Chinese consumers will likely recover through the second half of the year, according to Bain, which also highlighted South Korea as a booming market.