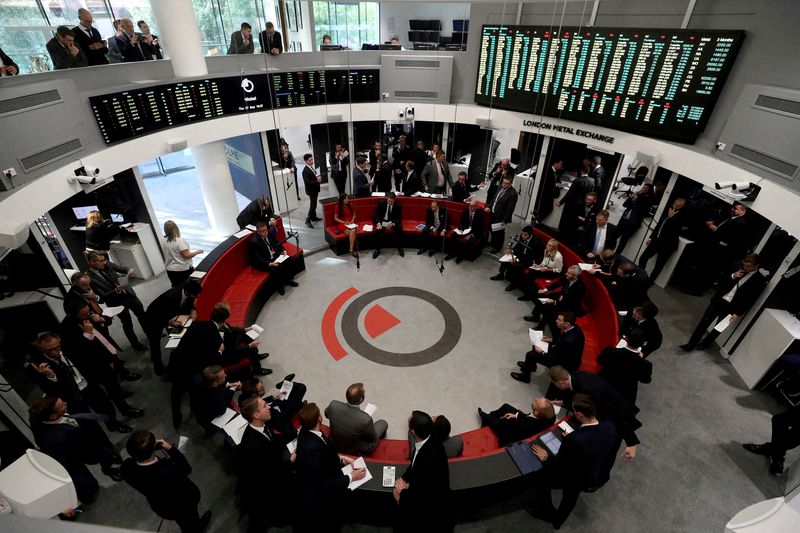 LONDON (Reuters) -The London Metal Exchange (LME) approved rules on Friday for members to report all over the counter (OTC) positions, a move taken after off-exchange trading was partly blamed for a wild spike in nickel prices in March.

"This ... will improve the ability of the LME to oversee activity holistically through increased visibility, ensuring future market stability," the exchange said in a statement.

The exchange, owned by Hong Kong Exchanges and Clearing Ltd, was forced to suspend nickel trading and cancel all deals on March 8 because of disorderly activity caused partly by a large OTC short nickel position.

The new rules, due to take effect in one month, require OTC positions reported on a weekly basis in all physically-delivered metals including aluminium, copper and nickel.

The LME has withdrawn an existing requirement for members to report daily their OTC nickel positions.

The LME, the world's oldest and largest market for industrial metals, will also require holders of large OTC positions to tell the exchange the rationale for holding them.

The LME received 27 submissions during its two-week consultation period, with a majority opposed to introducing the OTC rules before probes were completed into what caused chaotic nickel trading in March.

Benchmark nickel on the LME doubled to a record above $100,000 a tonne on March 8 on expectations China's Tsingshan Holding Group and others would have to buy back their short positions, which bets on prices falling.

British financial regulators in April launched a sweeping probe into how the LME suspended nickel trading and the LME also commissioned its own independent review.

"While any relevant findings from the independent review will also be considered and factored into the LME’s plans in due course, the LME will not delay taking appropriate actions," it said.