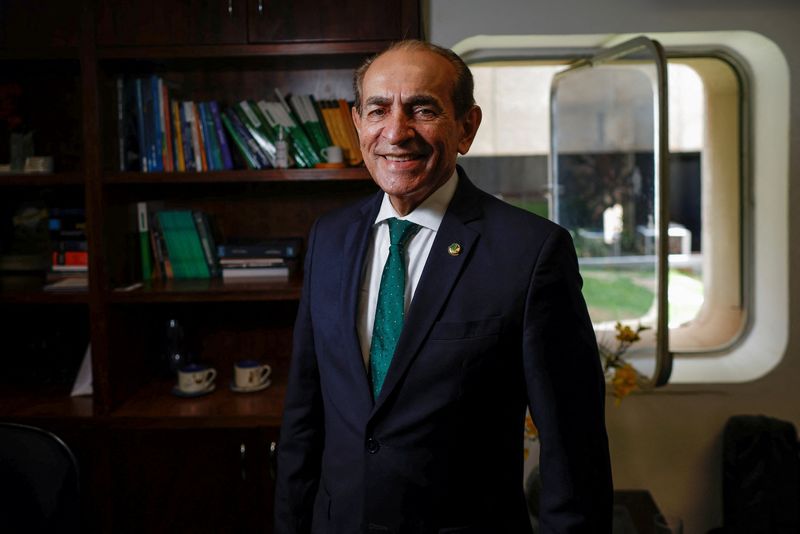 © Reuters. Senator Marcelo Castro poses during an interview with Reuters at the Federal Senate in Brasilia, Brazil November 23, 2022. REUTERS/Adriano Machado

In an interview with Reuters, Castro, the key lawmaker handling 2023 budget talks, said the initial idea of permanently excluding the "Bolsa Familia" welfare program from the spending ceiling had "lost a lot of strength."

The discussions are now for a waiver of one or four years, he added.