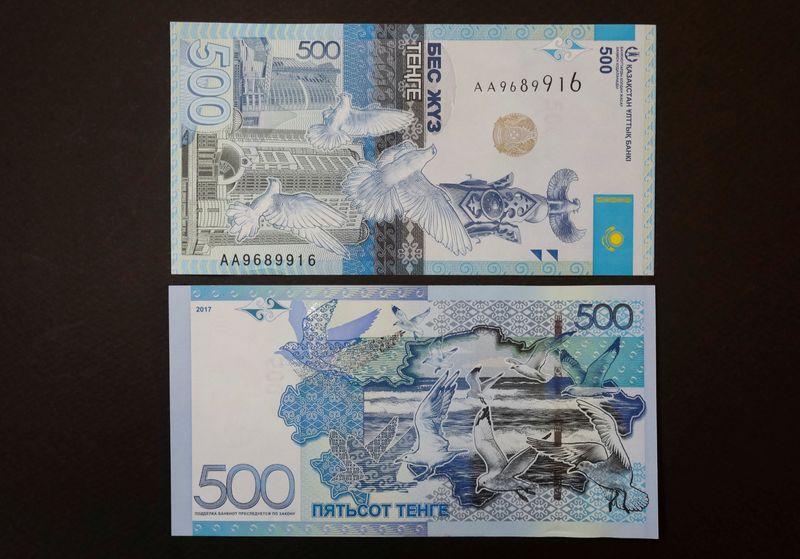 ALMATY (Reuters) - Kazakhstan's central bank appears likely to keep its benchmark interest rate at 14% on Monday as inflationary risks remain elevated, according to analysts surveyed in a Reuters poll.

Four of seven analysts polled by Reuters this week said they saw the rate remaining unchanged, with two forecasting a hike to 14.5% and one expecting an increase to 14.25%.

At its policy meeting last month, the bank held the rate and said it would start "normalising" the Central Asian nation's monetary policy next year when inflation begins to subside.

Annual inflation in the oil-exporting former Soviet republic rose to 14.5% in June from 14% in May, while its tenge currency dropped 11% against the dollar last month before stabilising in July.

Price shocks from commodities and global supply chain disruptions are likely to subside in the second half of this year, Eurasian Development Bank analyst Yevgeny Vinokurov said, and inflation could slow to 12% by the end of 2022.