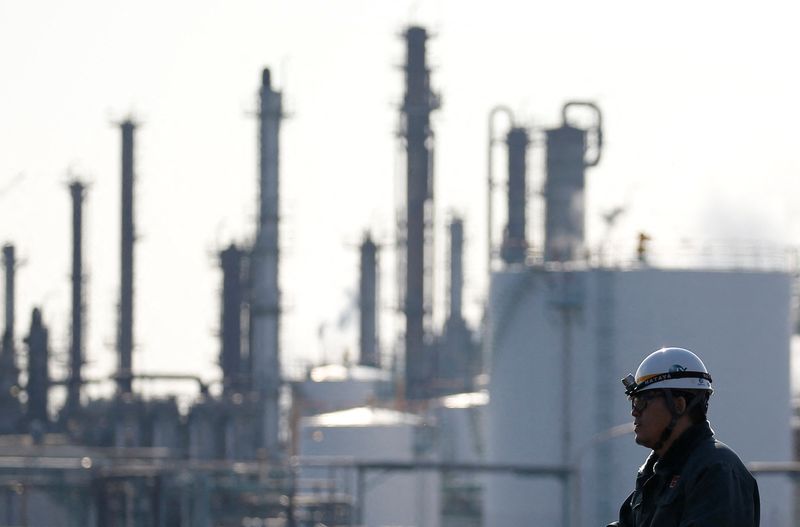 © Reuters. FILE PHOTO: A worker walks near a factory at the Keihin industrial zone in Kawasaki, Japan February 28, 2017. REUTERS/Issei Kato

Factory production gained 7.2% in November from the previous month, boosted by soaring output of motor vehicles and plastic products to post a faster rise than the 4.8% gain forecast in a Reuters poll of economists.

That meant output rose for the second straight month after increasing 1.8% in October.

The data showed output of cars and other motor vehicles surged 43.1% from the previous month in November, while that of plastic products rose 9.5%.

Despite the stronger output, Japanese automakers are still unable to completely shake off the drag from persistent global parts and chip supply issues.

Manufacturers surveyed by the Ministry of Economy, Trade and Industry (METI) expected output to gain 1.6% in December and 5.0% in January.

The government upgraded its assessment of industrial output, saying it was showing signs of picking up.

Separate data showed the jobless rate rose to 2.8% from the previous month's 2.7%, while an index gauging job availability was at 1.15, unchanged from October.