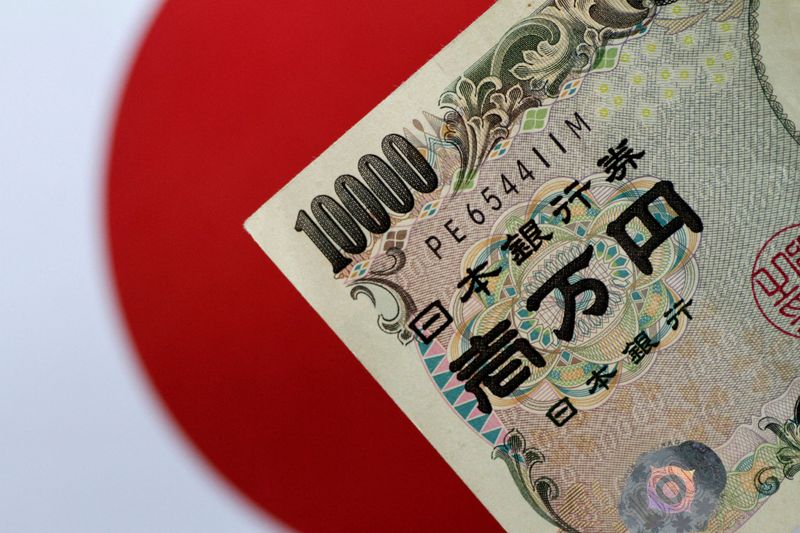 TOKYO (Reuters) -Japan has no immediate need to change its key budget-balancing target for fiscal 2025, Prime Minister Fumio Kishida said on Friday, adding however that it may need to conduct a further review given uncertainties such as the Omicron variant.

The government has set a goal of achieving a primary budget surplus by fiscal 2025, which it said could become "in sight" if policymakers continue efforts to spur growth and rein in social security spending to cope with a fast-ageing population.

Whether the government keeps or ditches this goal - which excludes new bond sales and debt servicing costs - will serve as a litmus test for Kishida's commitment to fiscal reforms.

Kishida, long known as a fiscal hawk, has been prioritising economic recovery from the COVID-19 crisis over long-term fiscal reforms since he took office in October.

"We confirmed that the current situation warrants no change in the target year for achieving budget balancing," Kishida told a meeting of his top economic advisory panel, which reviewed the fiscal target.

"However, we will conduct (a further) review as needed following situations while carefully monitoring economic conditions in and out of Japan as we cannot shake off uncertainties such as the coronavirus impact."

Kishida reiterated that he would take all possible steps to put the economy on track for recovery from the COVID-19 crisis and that he won't hesitate to deploy fiscal spending to cope with the pandemic.

Kishida's comment followed government's projections that Japan could achieve a primary budget surplus in fiscal 2026 assuming a rosy scenario for economic growth, adding that deficits could persist for a decade under a more modest recovery.

The twice yearly fiscal outlook highlighted the challenges for the indebted government to put its finances in order, even as higher than expected tax revenue could advance the timeframe for balancing the budget by one year versus the last forecast.

Its most recent reiteration of the goal also included a caveat that it would be reviewed, when the revised fiscal projections are issued, to account for the fallout from the pandemic.

Japan's public debt is more than double the size of its $5 trillion economy, the world's third largest, making it the industrial world's most indebted nation as a result of decades of massive spending aimed at reviving growth.

The government's rosier scenario was based on annual growth exceeding 2% in real terms and 3% in nominal terms - something that has been rarely seen since the asset bubble burst in the early 1990s. The more modest, or baseline, scenario assumes real growth of around 1% and nominal growth of around 1.5%.