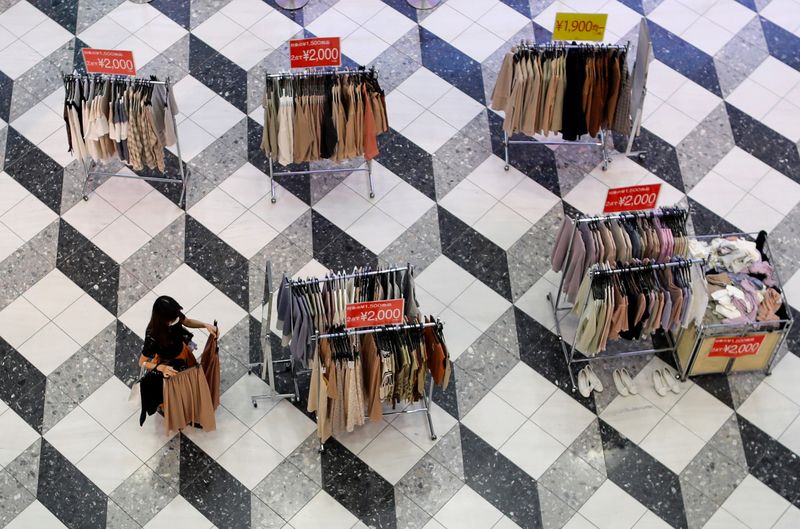 TOKYO (Reuters) - Japan's household spending fell in March for the first time in three months, though the drop was smaller than expected, as consumers remained wary of rising living costs despite some easing of COVID-19 curbs.

Household spending declined 2.3% in March from a year earlier, government data showed on Tuesday, slower than Reuters' median market estimate for a 2.8% drop and following 1.1% growth in the previous month.

On a seasonally-adjusted, month-on-month basis, spending rose 4.1% in March, stronger than the forecast 2.6% growth.

Japan's consumer inflation is at a multi-year-high, fanned by the war in Ukraine and the yen's rapid decline to 20-year-lows.

Economists expect the world's third-largest economy to have contracted an annualised 0.7% in the January-March quarter, followed by a 5.1% rebound in April-June, according to the latest Reuters poll.