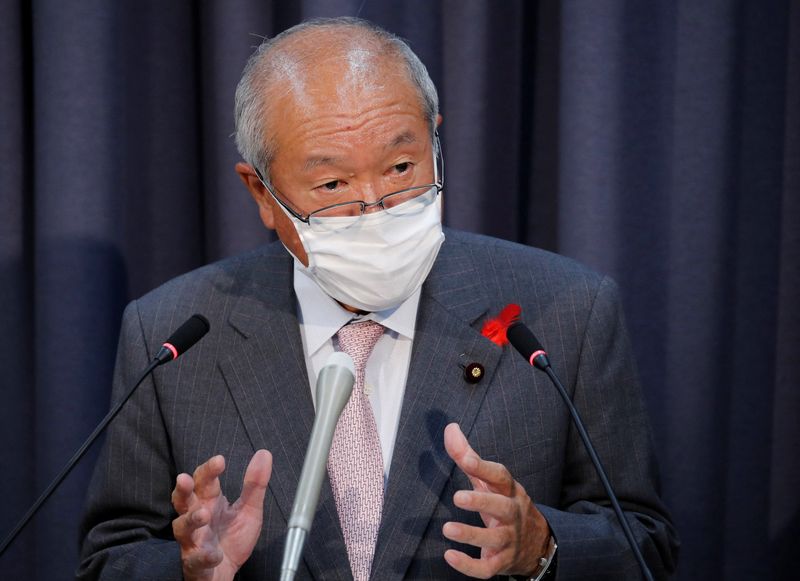 TOKYO (Reuters) -Japanese Finance Minister Shunichi Suzuki said on Friday that he was closely watching any impact of currency moves on the economy and that foreign exchange stability was important.

"I won't comment on the currency market itself, but stability is important above all," Suzuki told reporters.

"The government will closely watch currency market moves and their impact on Japanese economy following that point," he said, when asked if the weakening yen was negative for the economy.

Suzuki made the comment as the dollar hovered near a five-year high to the yen, backed by a surge in U.S. Treasury yields on growing bets for a Federal Reserve rate hike by March.

Suzuki, shortly after becoming finance minister under Prime Minister Fumio Kishida's cabinet in October, had said a weak yen would be a positive for Japanese exporters and firms operating overseas, but it may hurt others including consumers due to higher costs of living.

Since then, he has mostly kept mum when asked about yen moves.

Last month, Bank of Japan (BOJ) Governor Haruhiko Kuroda said a weak yen may be hurting households more than in the past, due to an increasing reliance on expensive raw material imports.

Japanese policymakers tend to fire off verbal warnings against unwelcome yen rises, which could threaten to derail their export-reliant economy, the world's third largest.