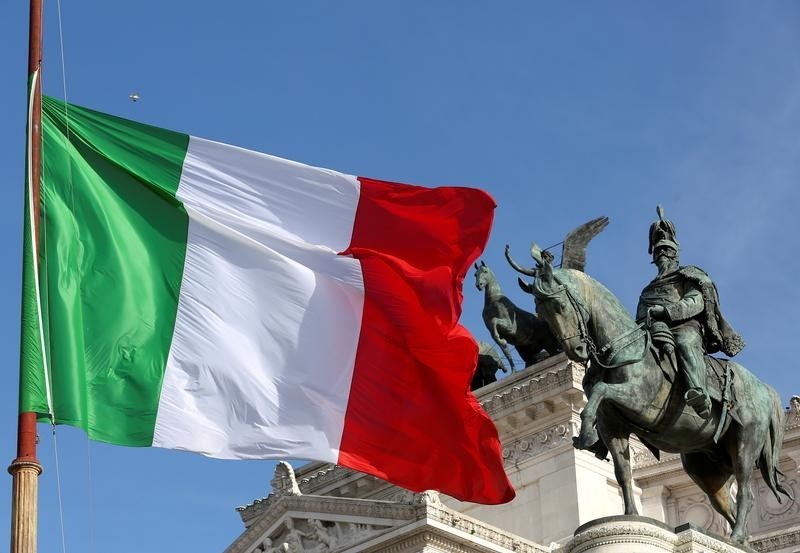 By 4:25 AM ET (0825 GMT), the benchmark FTSE MIB stock index was down 2.7%, testing the 19-month low that it hit last week. The yields on Italian government bonds, meanwhile, soared as markets moved to price in a period of substantial political risk ahead.

The yield on the 10-year benchmark bond rose 22 basis points to 3.69%, widening the premium over its German equivalent to 242 basis points. The spread between the two is widely used as a rough proxy for the risk that Italy will be forced out of the currency union by its enormous debt load. The 2-year yield, which typically only reacts to significant political stress, also rose 17 basis points to 1.58%, leaving it nearly a full percentage point above its German counterpart.

Draghi will carry on in a caretaker capacity in the near term, ahead of new elections, which are now likely to be held in the autumn.