Israel annual inflation dips to 4.6% in August after topping 5% in July 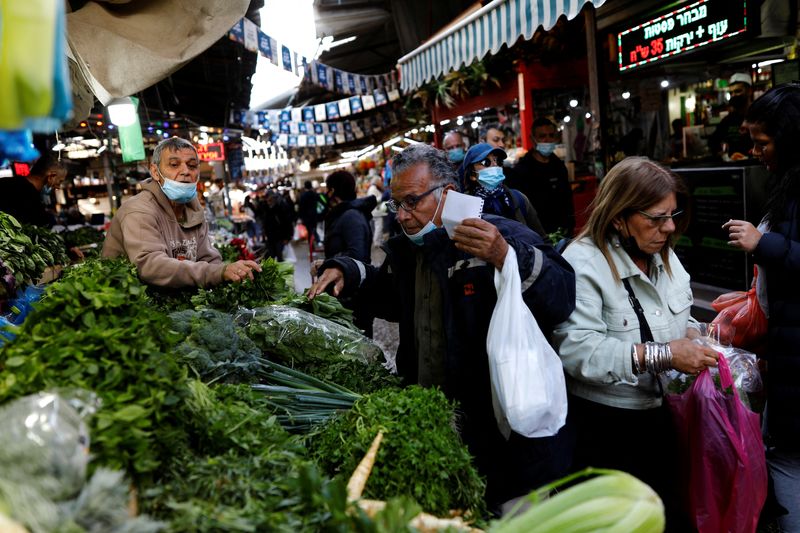 © Reuters. FILE PHOTO: Israelis shop at a food market ahead of the upcoming Jewish holiday of Passover as the country begins to emerge from coronavirus disease (COVID-19) pandemic closures due to its rapid vaccine roll-out, in Tel Aviv, Israel, March 26, 2021. REUTE

JERUSALEM (Reuters) - Israel's annual consumer price index (CPI) of inflation dipped to a 4.6% rate in August, the Central Bureau of Statistics said on Thursday, easing from a 14-year high of 5.2% in July and after aggressive Bank of Israel rate hikes in recent months.

A Reuters poll of analysts had projected an inflation rate of 4.8% last month. CPI fell 0.3% in August from July, led by declines in transport, telecommunications, clothing and footwear, the bureau said.

In a bid to cool inflation, Israel's central bank has raised its benchmark rate to 2% from 0.1% in April, the last move a strong 75 basis-point hike on Aug. 22. Policymakers are expected to raise the key rate again by at least another 50 basis points at its next decision on Oct. 3.