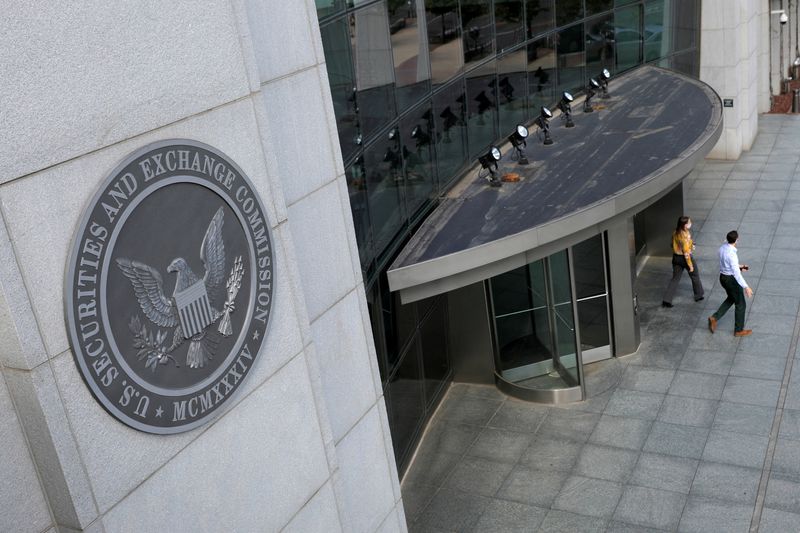 NEW YORK (Reuters) - A former investment banker, a former FBI agent trainee and several others were charged on Monday with insider trading in separate schemes that together generated millions of dollars in illegal profits, U.S. prosecutors said.

Damian Williams, the top federal prosecutor in Manhattan, was expected to address the charges in a press conference. Williams, nominated to the role by President Joe Biden, has made enforcement of financial crimes a focus since taking office last year.

Among those charged were Brijesh Goel, a former employee of an unnamed investment bank who provided a co-conspirator with internal, non-public information about potential mergers and acquisitions beginning in February 2017, according to an indictment unsealed on Monday.

The co-conspirator, identified by the SEC as Goel's friend Akshay Niranjan, used the tips to trade in securities of some of those companies and then split approximately $280,000 in profits with Goel, prosecutors said.

Goel faces five securities fraud counts and one count of obstruction of justice.

Markin allegedly learned of the deal by secretly reviewing documents belonging to his then-romantic partner, who worked at a law firm representing Merck.

Lawyers for Goel, Markin and Bhardwaj could not immediately be identified.

Prosecutors separately announced charges against Stephen Buyer, a former U.S. congress member, for buying shares in Sprint after learning of rival T-Mobile's plans to acquire the firm in 2018.

Buyer was working as a consultant to T-Mobile at the time, prosecutors said.