Inside the Business of Black Friday Deals Websites 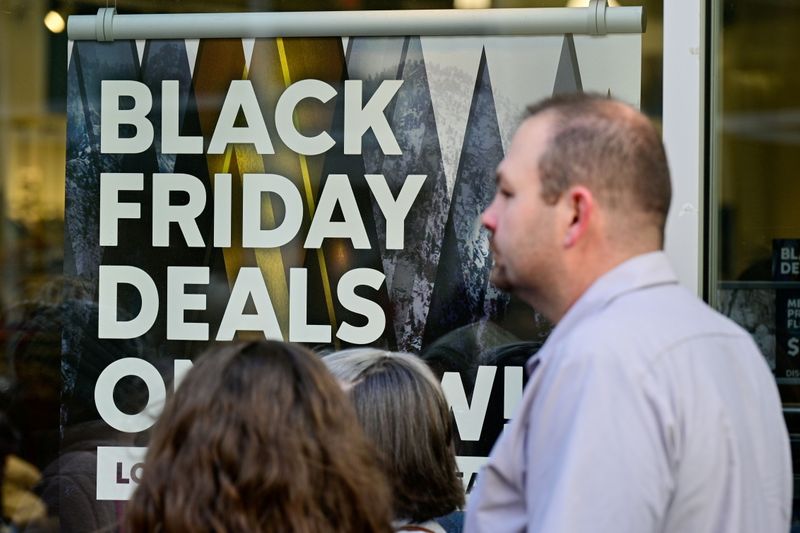 © Reuters Inside the Business of Black Friday Deals Websites

(Bloomberg) -- If you Google something about Black Friday, you’re likely to land on a website owned by Ziff Davis Inc.

The publicly held digital media company operates three sites with Black Friday in the domain name. That includes BlackFriday.com, which earlier this week was the top organic search result on Google (NASDAQ:GOOGL) for “Black Friday deals.”

Black Friday arrives this week in the US as the traditional kickoff to Christmas shopping. This year is a departure from 2021 when consumers splurged after pulling back during the pandemic. Excess inventory and more frugal shoppers have raised expectations for more discounting this year.

Bloomberg recently spoke with Frank Minervini, vice president and head of marketing for the group that runs Ziff Media’s shopping-themed websites, about the evolution of Black Friday deals websites that began with publishing digital scans of the mailers stuffed into local newspapers.

The content on these sites revolves around telling readers about deals and discounts. How does the company collect all this information?

We’ve got active Slack channels of deal hunters — people who are curating product deals all day, every day. They're up at all hours. We have them across the globe.

With so much competition to be listed high in search results from other deals sites and retailers, how important is getting scoops?

Getting the leak or the first available copy, for sure, drives up engagement. Same from Google's perspective — if we're the first ones to news, we're gonna get authority. We're gonna get ranking out of that. That obviously drives eyeballs.

We thought there were probably a couple different offerings. One could be an evergreen asset. One could be predominantly an ad scan asset and then one would be kind of the premier. [Editor’s note: ad scans initially were copies digital of printed Black Friday deals published in mailers and newspapers].

We were looking at it as some diversification.

Ziff Davis, which generates about $1.4 billion in annual sales, uses acquisitions as a core part of its growth strategy. (It has also added sites such as Mashable and RetailMeNot to its portfolio.) What was the thinking behind buying Blackfriday.com in 2017?

The original owners’ intent was how do you capitalize on getting ad scans live, get your programmatic display revenue and not really worry about the experience or trying to create a direct relationship with the customer.

One improvement you’ve made to the so-called ad scan has been inserting links back to the retailers, and getting a cut of the sale when a shopper makes a purchase. What has that done for your affiliate marketing business?

It’s now the bulk of the revenue.

Retailers have been shifting their marketing to digital, which means the ad flyers that older generations grew up with aren’t being produced as often. But your Black Friday sites recreate digital versions. Why?

They're moving away from physical copies and turning to digital, and it's not the same look. It's not the same feel. We curate and create one, so the people who are used to browsing an ad scan have that same experience [as a printed flyer.]Editor’s note: This interview has been edited and condensed.