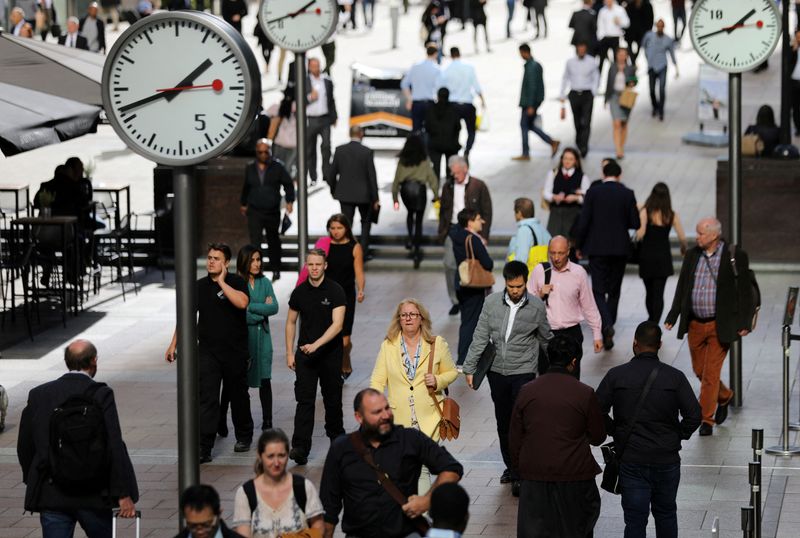 By Andy Bruce and William Schomberg

LONDON (Reuters) -A surge in debt costs pushed up by soaring inflation to twice their previous monthly peak added to Britain's budget deficit in June, which was its highest since April 2021, data showed on Thursday.

A Reuters poll of economists had pointed to a deficit of 23 billion pounds.

The figures showed Britain racked up debt interest of 19.4 billion pounds in June alone, more than double the previous record.

The ONS said the leap in debt costs reflected a big April increase in the retail price index gauge of inflation, which is the benchmark for index-linked government bonds.

The uplift applied in June to these linkers - which represent roughly a third of the stock of British government bonds - was 16.7 billion bounds.

Over the first three months of the 2022/23 financial year starting in April, Britain has borrowed 55.4 billion pounds.

While this is 5.7 billion pounds less than that the same point in the previous year, it represents a roughly 3.6 billion pounds overshoot versus forecasts made in March by the Office for Budget Responsibility watchdog.

"This may limit the ability of the next Prime Minister to provide more relief for households when a further rise in CPI inflation from 9.4% in June to around 12% in October worsens the cost of living crisis," said Ruth Gregory, senior UK economist at Capital Economics, a consultancy.

The balance between tax and spending has been hotly debated between the two remaining candidates in the race to replace Boris Johnson as prime minister.

In response to the data, current finance minister Nadhim Zahawi said he recognised there were risks to the public finances, including from high inflation which struck a 40-year high last month.