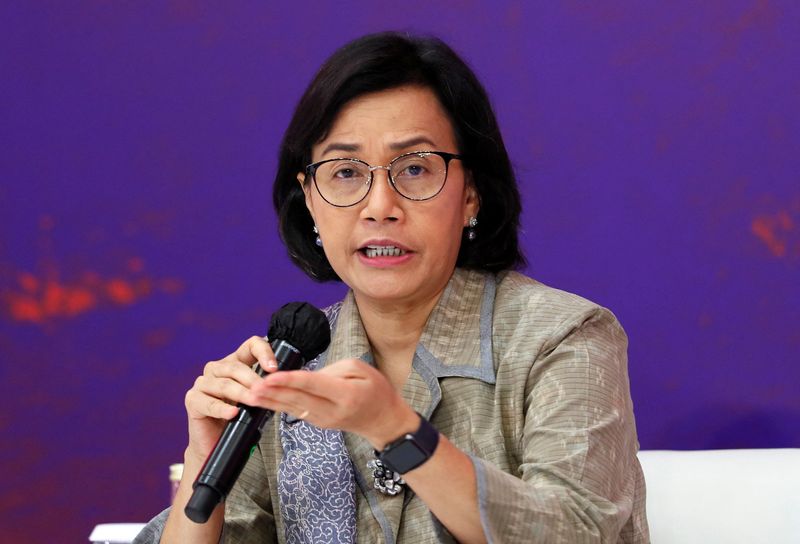 JAKARTA (Reuters) - Indonesia recorded a 464.3 trillion rupiah fiscal deficit in 2022, or 2.38% of gross domestic product, based on unaudited data, its finance minister Sri Mulyani Indrawati said on Tuesday, much smaller than originally designed.

The government had initially targeted a budget deficit of 4.85% of GDP. Revenue collection, however, got a boost from higher commodity prices and the easing of COVID restrictions last year, prompting the government to revise down the deficit forecast several times.

The latest figure was below a forecast on Dec. 21, when President Joko Widodo said he expected a 2.49% deficit.

The resource-rich country recorded 2,626.4 trillion rupiah of revenue last year, up 30.6% from 2021 and about 16% bigger than the target, the minister told an online news conference.

The government spent 3,090.8 trillion rupiah, slightly below the planned amount and representing 11% growth from the previous year.