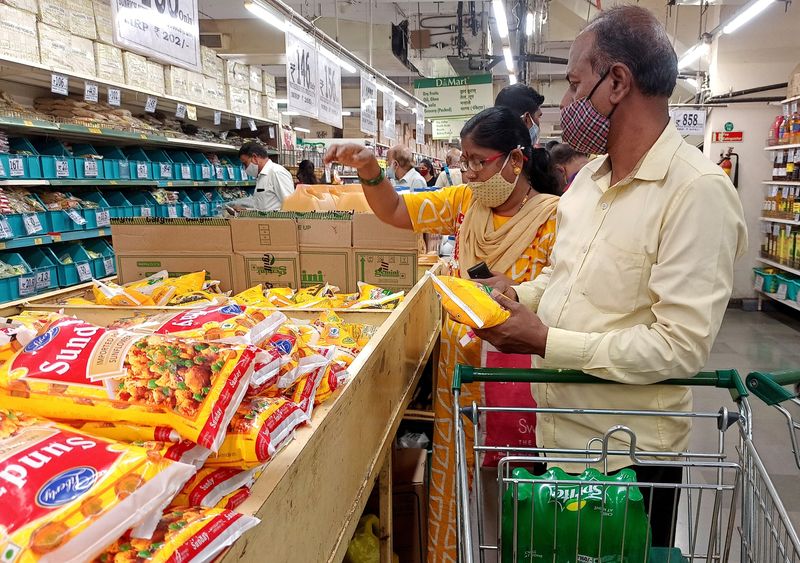 By Aftab Ahmed and Nupur Anand

NEW DELHI (Reuters) - India's central bank is likely to raise its inflation projection for the current fiscal year at its June monetary policy meeting and will consider more interest rate hikes, a source aware of the development said on Wednesday.

In its first rate move in two years and its first hike in nearly four, the Reserve Bank of India (RBI) raised the repo rate by 40 basis points (bps) to 4.40% following a emergency meeting earlier this month.

In April, RBI raised its inflation forecast for the current fiscal year to 5.7%, 120 bps above its forecast in February, while cutting its economic growth forecast to 7.2% for 2022/23 from 7.8%.

The RBI will "certainly" raise the forecast again in June, as it did not want to do it in the off-cycle emergency meeting in May, said the source, who did not want to be identified as the discussions are private.

The source did not detail how much the price forecast would be raised, but said that the RBI's current view trails the International Monetary Fund's inflation forecast of 6.1% for India.

The next meeting of the MPC is scheduled for June 6-8.

"The MPC did an off-cycle hike as it did not want to bunch off a big hike in just two meetings in June and August. They wanted to spread it (out)," the source said.

Inflation in March shot up to 7%, a 17-month high, on the back of rising food prices. It has now been above the upper limit of RBI's 2%-6% tolerance band for three straight months and is likely to remain so in April.

The RBI cut the repo rate by a total of 115 bps in 2020 to cushion the impact of the COVID-19 pandemic and anti-virus measures. It is now looking to reverse those cuts at a faster pace than it wanted to earlier, the source said.

Before the crisis in Ukraine erupted, the RBI expected retail headline inflation to peak by March and then ease back towards 4% in the second quarter of 2022/23 that started on April 1.

India's economic recovery could be hurt by rising borrowing costs, as the central bank is likely to fully focus on fighting inflation.

"The RBI had said in the past that inflation was on account of supply concerns. The same narrative remains but now the supply side constrains have worsened. Now, RBI is forced to act," the source said.

In the next 6-8 months, all central banks including RBI will be "killing whatever demand" there was in the economy in their fight to contain inflation, the source said.

"The risk of stagflation remains high and the world's most powerful central banks do not have a weapon against it. Let’s wish that does not happen," the source said.

The European Central Bank has already warned that Russia's invasion of Ukraine could lead to a combination of low growth and high inflation, known as stagflation.

The official also said that the RBI will help the government to bring down bond yields using various instruments, though the degree of help would not be as much as that in the last two years.

On Monday, Reuters reported the government has asked the central bank to either buy back government bonds or conduct open market operations to cool yields that have hit their highest levels since 2019.

The RBI has sold dollars to prop up the rupee, which fell to a record low on Monday and closed at 77.47 against the dollar. It intervened in the market in the last three days and will do so again if volatility persists.

The official said that the central bank was not targeting any particular levels but does not like "jerky" movements of over 0.50 Indian rupees against the dollar in one day.