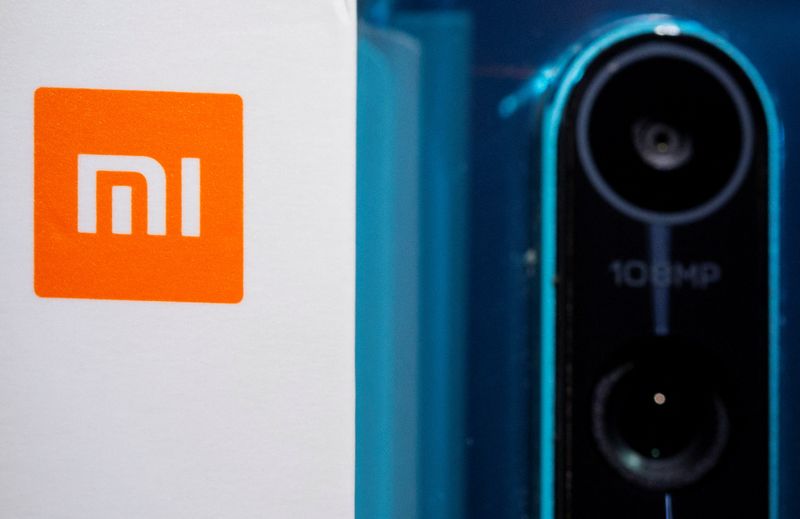 © Reuters. FILE PHOTO: Xiaomi logo is seen next to a smartphone of the same brand in this illustration taken September 28, 2021. REUTERS/Dado Ruvic/Illustration

NEW DELHI (Reuters) - India on Wednesday said it had asked the local unit of Chinese smartphone giant Xiaomi (OTC:XIACF) to pay 6.53 billion rupees ($87.80 million) in import taxes after an investigation found that the company had evaded some duties.

A probe by India's Directorate of Revenue Intelligence showed that Xiaomi India's payment of royalty and licence fees to Qualcomm (NASDAQ:QCOM) USA and Beijing Xiaomi Mobile Software Co Ltd, China was not added in the transaction value of imports by the company and its contract manufacturers, the government said in a statement.

"By not adding "royalty and licence fee" into the transaction value, Xiaomi India was evading customs duty being the beneficial owner of such imported mobile phones, the parts and components thereof," the statement said.

Three show cause notices have been issued to Xiaomi for the tax demand and recovery of 6.53 billion rupees for the period April 2017 to June 2020, it added.

"At Xiaomi India, we give utmost importance to ensuring we comply with all Indian laws. We are currently reviewing the notice in detail. As a responsible company, we will support the authorities with all necessary documentation," a spokesperson for the company said.