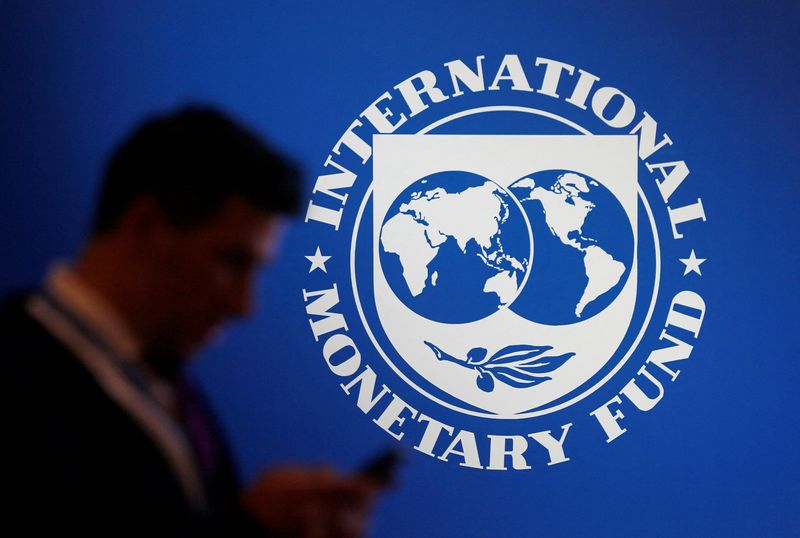 WASHINGTON (Reuters) - A new issue of International Monetary Fund Special Drawing Rights reserves is among options that could be considered to aid countries struggling with spillovers from the Ukraine war but there are no active discussions on the matter, IMF officials said on Tuesday.

"There has been no discussion at the IMF of a further SDR allocation," an IMF spokesperson said in an emailed statement. "Despite recent developments and high global uncertainty, it would be premature to conclude that the long-term global need for reserves has changed significantly."

The statement was issued after IMF chief economist Pierre-Olivier Gourinchas told a news conference that a new SDR allocation was "part of a menu of options that the fund is exploring currently" to aid countries dealing with crises prompted by high food and energy costs.

The IMF in August 2021 created and issued $650 billion in SDR assets to member countries to aid their recovery from the COVID-19 pandemic, and the spokesperson said most still hold these assets as reserves.

The SDR issue of that size last year did not require legislative approval in the United States, the IMF's controlling shareholder.

Gourinchas said an SDR allocation is "not a panacea" for difficulties facing developing countries and there are limitations on how it could help countries.

Another complicating factor is that Russia, as an IMF member, would receive an allocation, which would draw some political opposition given its invasion of Ukraine.

The IMF spokesperson said the Fund is currently focusing on channeling SDRs from wealthier members to those in need of additional reserve assets.

This includes scaling up lending of the reserves through the existing Poverty Reduction and Growth Trust and establishing the new Resilience and Sustainability Trust to include vulnerable middle income countries. The IMF hopes to begin lending from the new trust in October.