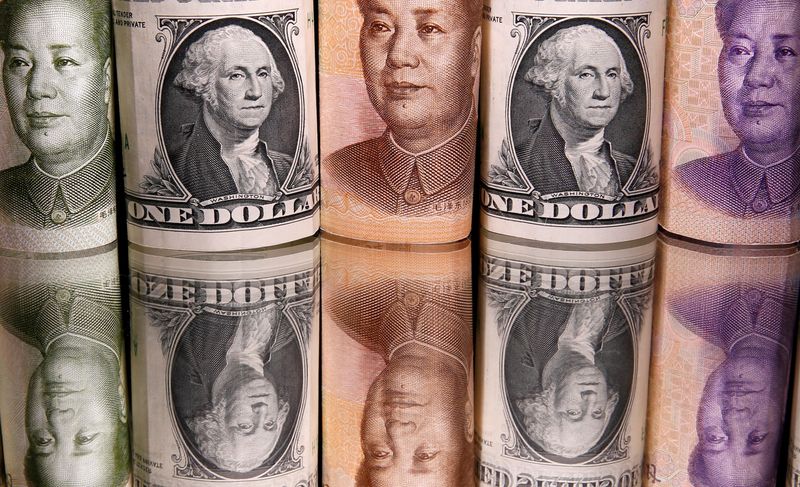 BEIJING (Reuters) - The International Monetary Fund said on Saturday it has increased the weighting of the dollar and Chinese yuan in its review of the currencies that make up the valuation of its Special Drawing Rights (SDR), an international reserve asset.

The review is the first since the yuan, also known as the renminbi, joined the basket of currencies in 2016 in what was a milestone in Beijing's efforts to internationalise its currency.

The IMF said in a statement its executive board had determined the weighting based on trade and financial market developments from 2017 to 2021.

"Directors concurred that neither the COVID-19 pandemic nor advances in Fintech have had any major impact on the relative role of currencies in the SDR basket so far," the IMF said.

Although the yuan's value has declined recently, it has risen roughly 2% against the dollar since 2016, and appreciated about 6% against its major trading partners.

In a statement on Sunday, the People's Bank of China said China will continue to promote the reform and opening of its financial market.