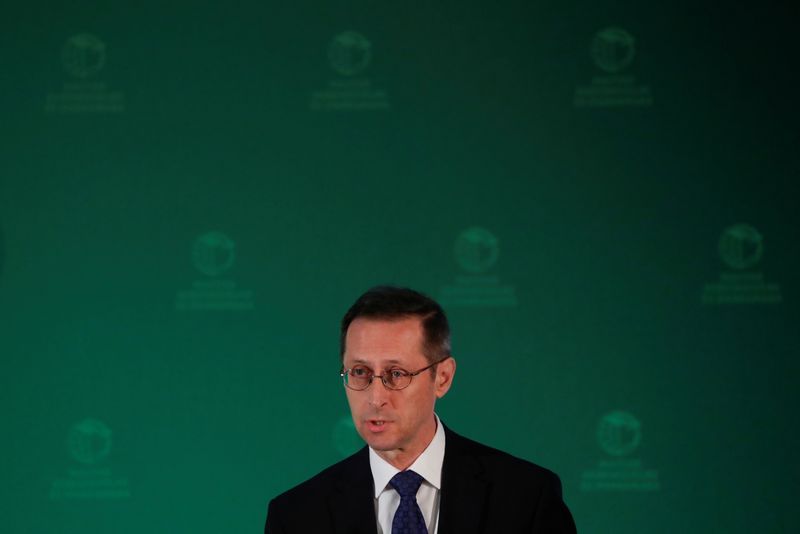 BUDAPEST (Reuters) -Hungary will allow companies to pay their taxes in euros or dollars as well as forints, the government announced on Saturday, a move which analysts said could boost the country's foreign currency reserves.

Like other central European countries such as Poland, Czech Republic or Romania, Hungary is nowhere near adopting the euro, with Prime Minister Viktor Orban's government ruling it out in the foreseeable future claiming it would amount to a loss of economic policy sovereignty.

Hungary's move is similar to a plan announced by the Czech government last month which plans to let companies pay taxes in euros from 2024, enabling the state to raise its borrowing in euros.

"For companies who earn revenues partly or fully in a foreign currency, the new rule could simplify processes," Hungarian finance minister Mihaly Varga wrote on Facebook (NASDAQ:META) on Saturday, adding the option was available to all companies.

He said the change would simplify bookkeeping for companies while ensuring taxes kept flowing to the state and the budget remained balanced.

No further details were immediately available. There was a government press conference scheduled for 0900 GMT.

The forint, central Europe's worst performing currency so far this year, hit a record low at 416.90 per euro earlier this month as it was pressured by a lack of agreement with the European Union over recovery funds, soaring inflation and a twin deficit.

"Companies could save on conversion fees... and the government probably aims to boost fx reserves" David Nemeth, senior analyst at K&H Bank said.

"Even if there is an agreement with Brussels in the autumn, there will not be a significant amount of EU funds arriving by the end of the year, and this is an easy way to get foreign currencies without issuing fx bonds."

A jump in gas prices also pressured the forint recently as it could worsen Hungary's trade balance, traders and analysts have said.

Hungary, a small export-driven economy, is home to manufacturing plants of large German carmakers including Audi and Daimler (OTC:DDAIF).

The government could also use taxes paid in euros or dollars to refinance bonds denominated in foreign currencies, Nemeth said.

"If more and more market participants are able to use only euros, then significance of the forint will be diminished... This also means getting closer to the eurozone without adopting the euro."