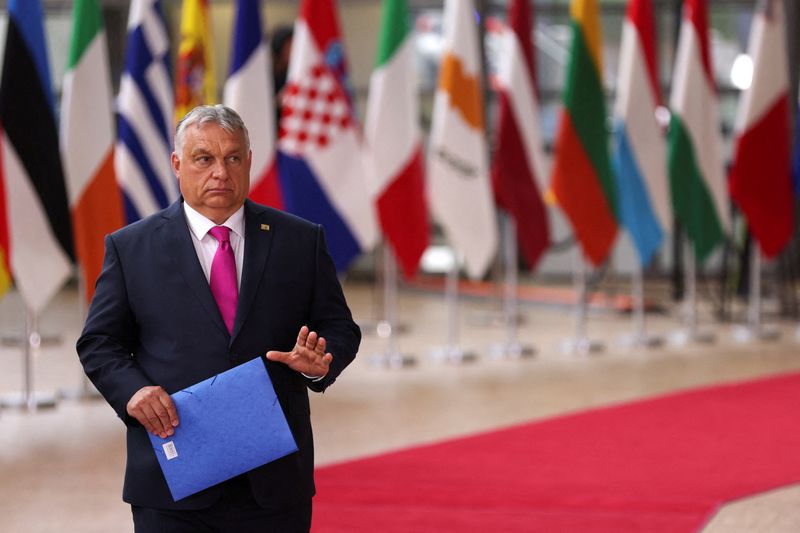 BUDAPEST (Reuters) - Hungary raised objections over the implementation of a global minimum tax in the European Union on Tuesday, saying it can only support a proposal that does not disadvantage firms operating in Hungary, and citing additional risks due to the Ukraine war.

Nearly 140 countries reached a two-track deal in October brokered by the Organisation for Economic Cooperation and Development (OECD) on a minimum tax rate of 15% on multinationals.

The agreement would make it harder for companies such as Alphabet (NASDAQ:GOOGL)'s Google, Amazon (NASDAQ:AMZN) and Meta's Facebook (NASDAQ:META) to avoid tax by booking profits in low-tax jurisdictions.

Individual countries must now hammer out details on how the deal will be implemented ahead of a 2023 OECD deadline. France, which holds the EU's rotating six-month presidency, has pushed for a quick implementation in the 27-nation bloc, where tax issues require unanimous approval.

Poland continues to block a compromise, and now Hungary has also raised reservations.

"The drafting of detailed rules for the OECD proposal for a global minimum tax and the adjacent EU council proposal is not progressing at the expected pace," Hungary's government said in an emailed reply to Reuters questions on Tuesday.

The government said the introduction of the OECD proposal to tax large digital firms was being delayed, while companies creating jobs in Hungary would be taxed immediately.

"In addition, competitiveness risks must also be assessed due to the Russia-Ukraine war," it said.

On Monday, Prime Minister Viktor Orban's ruling Fidesz party proposed a draft resolution by the parliament's economic committee that says parliament should oppose the approval of the EU's directives about the global minimum tax, due to "war inflation and the economic crisis due to the war".