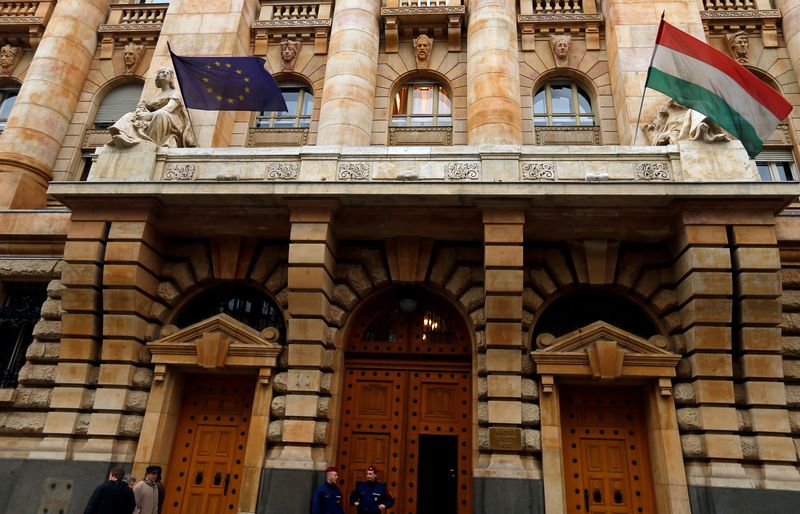 © Reuters. FILE PHOTO: A view of the entrance to the National Bank of Hungary building in Budapest,Hungary February 9, 2016. REUTERS/Laszlo Balogh

Central Europe's rate setters were the quickest last year to begin raising rates and accelerated the pace this year as inflation surged, but some are starting to slow, or possibly end, tightening cycles.

The National Bank of Hungary (NBH) raised its base rate by 100 basis points to 11.75% last month, but Virag has since raised the prospect of a halt to the bank's rate rise cycle, which totals more than 1,100 basis points since June 2021.

"We need to assess ending (the cycle) each month," Virag told reporters on the sidelines of an economics conference. "We should put this on the table already in September and decide about how we close this depending on the available options."

He said key factors determining the end of the cycle would be positive forward-looking real interest rates, inflation risks turning balanced, the outcome of funding talks with the European Union and a strengthening of monetary transmission by tightening liquidity conditions.

Virag said the bank could raise interest rates by 50, 75 or 100 basis points next Tuesday, after which "all options are on the table," including ending rate rises at once or phasing out the cycle with several smaller steps.