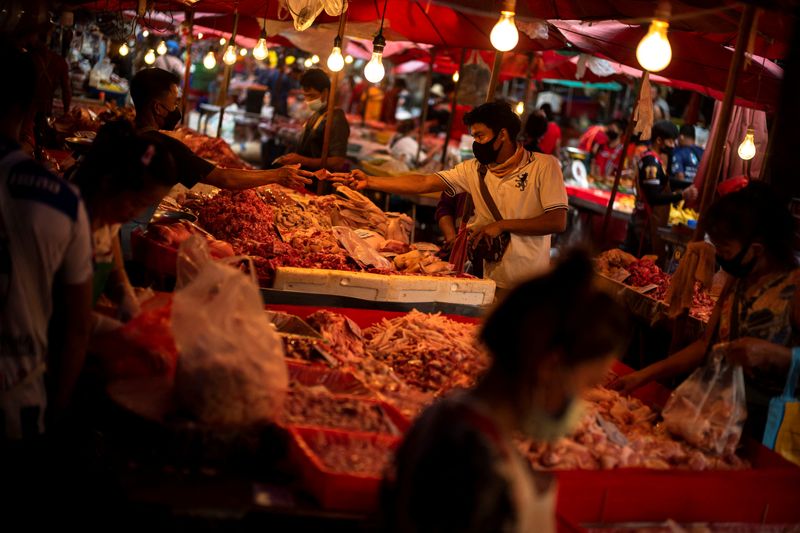 BANGKOK (Reuters) - Thailand's central bank said on Thursday any hikes in its benchmark interest rate to tame above-target inflation would be gradual, as the economy faces a slow recovery and a weakening baht currency.

The Bank of Thailand (BOT) is one of the few major Asian central banks to have kept rates at record lows since the pandemic began, but it recently signalled a policy shift as inflation surged to a near 14-year high in May.

Headline inflation will remain high this year but should fall back into the BOT's target range of 1-3% in the second quarter of 2023, senior director Sakkapop Panyanukul told a trade seminar.

Southeast Asia's second-largest economy is expected to return to its pre-pandemic growth level late this year or early next year, Sakkapop said, lagging the region.

Delaying monetary policy normalisation would raise more risks for the economy as high inflation would impede recovery, according to minutes of the BOT's last meeting on June 8, when it voted 4-3 to hold the key rate at a record low of 0.5%. The three dissenters voted for a hike.

Most economists expect a rate rise at the BOT's next meeting on Aug. 10, which would be the first hike since December 2018.

Sakkapop said the baht had weakened quite fast and would be more volatile, driven by fast-rising U.S. interest rates. The baht was on Thursday trading near its weakest level in five and a half years against the greenback.

There have been "clearer signs of capital outflows" in June, he said, adding the central bank "would take care of the baht if the market moves beyond fundamentals".