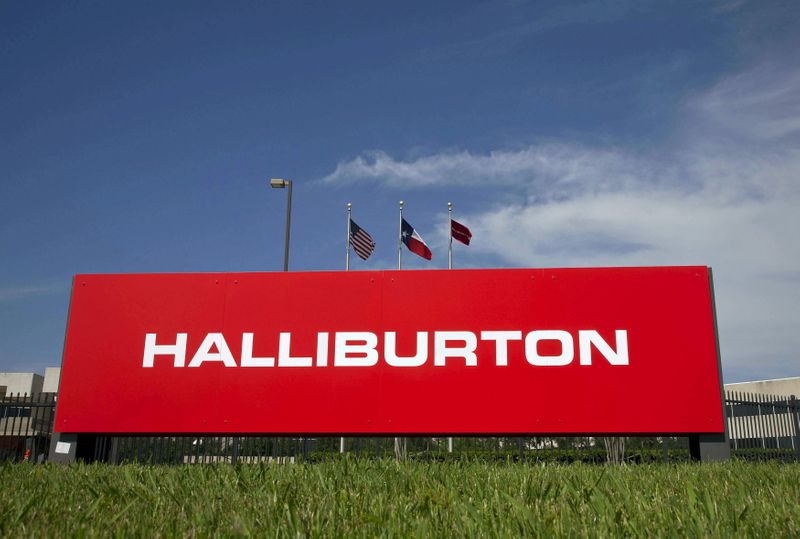 (Reuters) -Oilfield company Halliburton (NYSE:HAL) Co on Tuesday said the industry was in the early stages of a multi-year up-cycle, as activity has rebounded from pandemic lows and pricing for some of its services has inched higher.

Global benchmark Brent futures rose to over $77 a barrel in early July - the highest since late 2018 - but were trading around $68.54 a barrel on Tuesday amid concerns that a spike in COVID-19 infections could dampen demand just as OPEC+ producers increase supply.

Halliburton Chief Executive Jeff Miller delivered a relatively bullish outlook for the global oil market, anticipating that drilling and completions spending in North America would grow by double digits over the next two years.

He also estimated double-digit growth in international oil activity for the second half of this year compared with the same period in 2020.

"We believe that we are in the early innings of a multi-year up-cycle. For the first time in seven years, we anticipate simultaneous growth in international and North America markets," Miller told investors.

Halliburton said it expected revenue growth in the mid-teens over the next two years.

The Houston-based company reported $3.707 billion in revenue for the second quarter, slightly missing revenue estimates of $3.735 billion, according to data from Refinitiv IBES data.

Still, analysts said the results were positive, pointing to the earnings beat and improved margins.