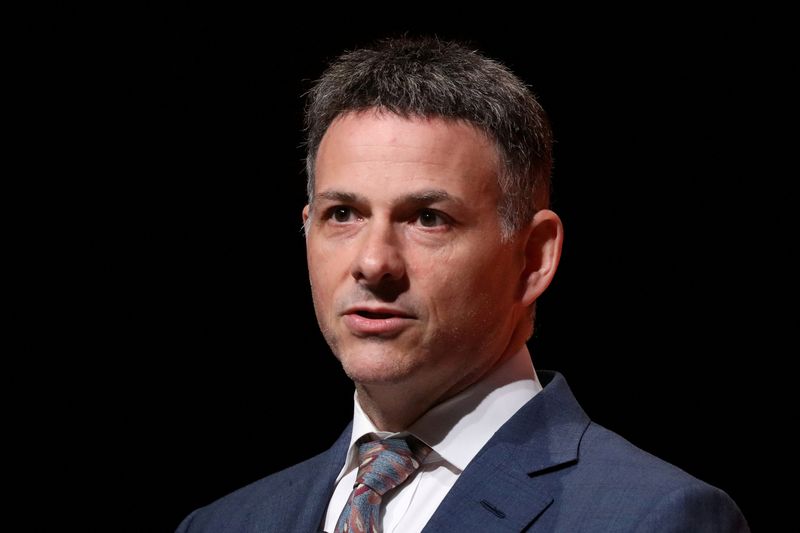 NEW YORK (Reuters) - Greenlight Capital hedge fund manager David Einhorn said on Thursday that the Federal Reserve is pretending it can tame inflation and that the price of gold is likely to go higher amid the current environment of rising prices.

"The question is whether there's enough gold to back the currency reserves. The answer is for the price of gold to go higher, perhaps much higher," Einhorn said, speaking at the Sohn Investment Conference, which is being held virtually. Einhorn has long been betting that gold is a critically important asset in portfolios.

Einhorn's fund is up 20.9% this year, thanks to investments in gold, macro trades, and bets that shares in some unnamed companies would fall.

The investor said the Fed's tools to control inflation are limited, mainly because of the U.S. deficit. When rates go up, the country's debt also increases.

He added that some countries may also decide to sell their reserves in dollars, after the U.S. froze Russian Central Bank reserves as a sanction earlier this year.