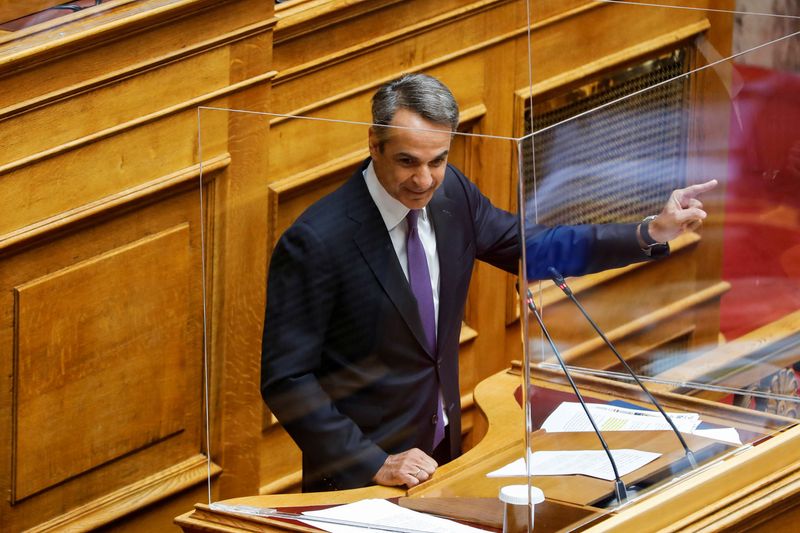 ATHENS (Reuters) - Greek Prime Minister Kyriakos Mitsotakis is expected on Saturday to announce further funding to cushion the impact of an energy crisis and soaring inflation on the nation's households, a government source said.

A spike in natural gas prices following Russia's invasion of Ukraine has sparked a major energy crisis across Europe, prompting some governments to push through multi-billion-euro packages to protect homes and utilities from rising costs.

Mitsotakis, a conservative who faces a parliamentary election in 2023, will pledge to maintain the support until at least year-end during his annual economic policy speech from the northern city of Thessaloniki, the source said, speaking on condition of anonymity.

At an emergency meeting on Friday, EU energy ministers tasked Brussels with drafting proposals within a few days to cap the revenues of non-gas energy producers and help power firms stay afloat, as they seek to protect citizens from sizzling prices.

Greece, the euro zone's most indebted country, emerged from its third international bailout in 2018 after a decade-long financial crisis and has relied solely on markets to cover its borrowing needs since then.

Helped by strong growth thanks to better-than-expected tourism revenue this year, the government has decided to use any additional fiscal room to fund power bill subsidies.

Mitsotakis is also expected to announce a six-pronged plan to help young people rent or buy a house.