Goldman Sachs raises probability of U.S. recession in 2023 to 30% 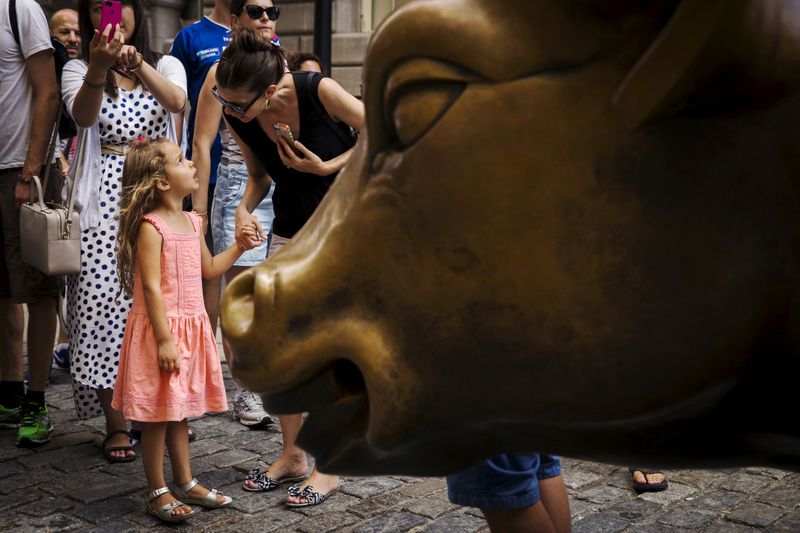 © Reuters. FILE PHOTO: A girl speaks with her mother near a landmark statue of a bull in New York August 24, 2015. REUTERS/Lucas Jackson/File Photo

(Reuters) - Goldman Sachs (NYSE:GS) sees a 30% chance of the U.S. economy tipping into recession over the next year, up from its previous forecast of 15%, amid record-high inflation and a weak macroeconomic backdrop fueled by Russia's invasion of Ukraine.

The latest forecast comes about a week after the U.S. Federal Reserve rolled out its biggest rate hike since 1994 to stem a surge in inflation and as several other central banks also took aggressive steps to tighten monetary policy.

Goldman Sachs also downgraded its U.S. GDP estimates below consensus for the next two years to reflect the drag on the economy.

"The Fed has front-loaded rate hikes more aggressively, terminal rate expectations have risen, and financial conditions have tightened further and now imply a substantially larger drag on growth — somewhat more than we think is necessary," Goldman's economists said in a note from late-Monday.

Goldman Sachs forecast a 25% conditional probability of the United States entering a recession in 2024 if it avoids one in 2023, adding that this meant that there was a 48% cumulative probability of a recession over the next two years compared to its prior forecast of 35%.

"We are increasingly concerned that the Fed will feel compelled to respond forcefully to high headline inflation and consumer inflation expectations if energy prices rise further, even if activity slows sharply." it added.