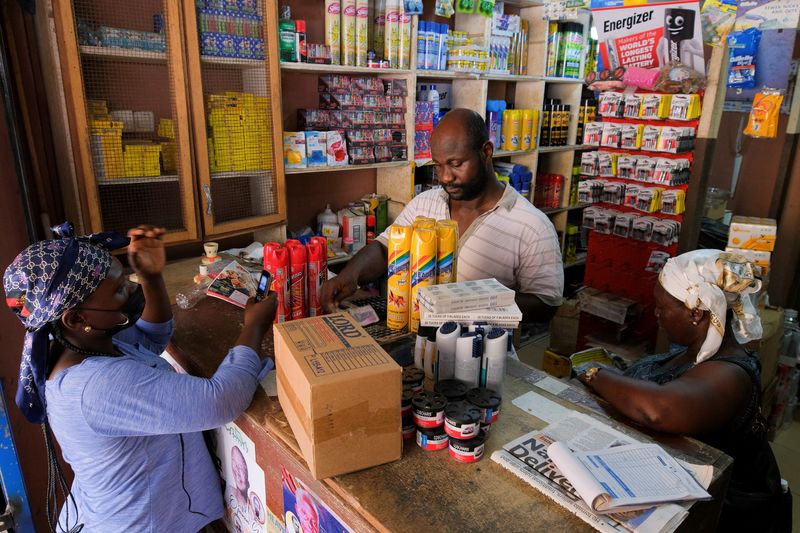 ACCRA (Reuters) - Ghana's consumer price inflation accelerated to 23.6% year-on-year in April from 19.4% in March, the statistics service said on Wednesday, a recent record one economist said was "shocking".

The West African nation's latest inflation reading was the highest in 18 years and more than double government's targeted band of 6% to 10%.

Prices for 295 of the 307 items analysed by the statistics service rose in April. Prices for imported items accelerated faster than locally produced items for the first time in 29 months, except in the case of locally produced food.

"We were all expecting the diesel increases, and these are imported items," government statistician Samuel Kobina Annim told a news conference.

"But we need to look at it from the food and non-food perspective if we want policy to get a hold of the challenges we are having," he added.

Food prices were up 26.6% from the previous month and nearly double the category's 12-month average of 13.5%. Cereal prices were among the greatest contributors, continuing a trend that began with Russia's invasion of Ukraine in February.

Razia Khan, Standard Chartered (OTC:SCBFF) Bank's chief economist for Africa and the Middle East, said the spike was "shocking" and may pressure the central bank to further tighten interest rates.

"Failure to act soon could have far reaching implications, putting at risk any hopes for quick macroeconomic stabilisation," she said.

The central bank's monetary policy committee will meet from May 18 to March 23 to discuss further adjustments.