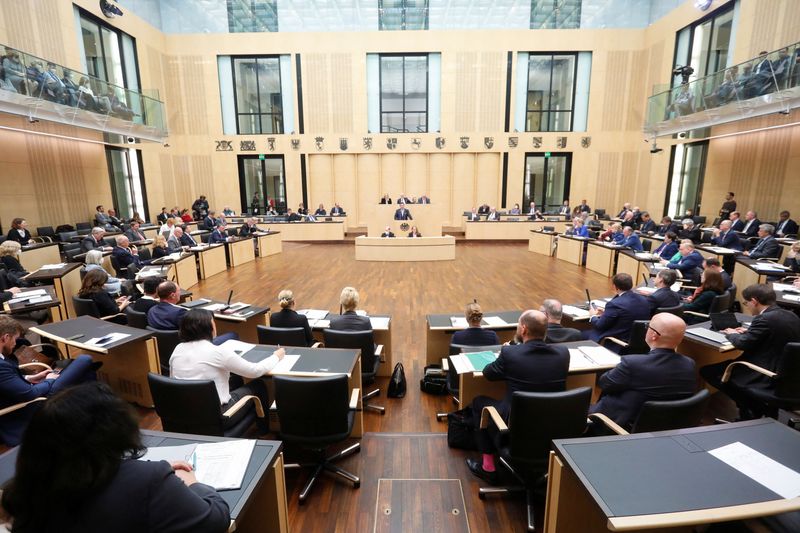 © Reuters. German Labour and Social Affairs Minister Hubertus Heil speaks at an extraordinary session, as Members of German upper House of Parliament or Bundesrat vote on Buergergeld or "citizens' money" welfare reform law, in the plenary hall, in Berlin, Germany No

BERLIN (Reuters) - Germany's conservative opposition held up a major welfare reform on Monday, raising the prospect of a resolution process that the government hopes can still allow the introduction of ambitious measures to support the unemployed in gaining vocational skills.

Conservatives in the Bundesrat upper house blocked the reform that promises to raise payments to people on state benefits and help the unemployed gain new skills, replacing a system that pushes them to accept any job offer.

The overhaul is aimed at addressing a shortage of skilled workers in Europe's largest economy and would replace the Hartz IV system that sanctions people who reject job offers.

Opposition conservatives have argued that the Buergergeld, or "citizens' money", promises to be so generous that low-income earners will have less money than those receiving the benefit -- a charge the government rejects.

The measure passed the lower house last week. Now, Labour Minister Hubertus Heil wants to call on a committee that mediates between the two chambers to fast-track a resolution so the rump of the reform can still come into force from Jan. 1.