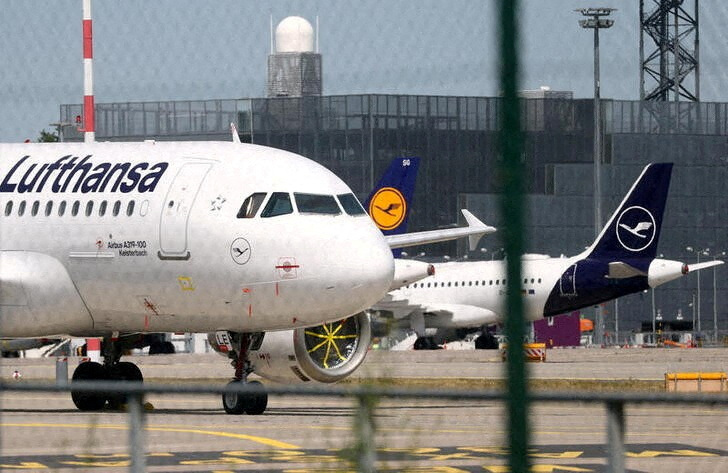 BERLIN (Reuters) -German trade union ver.di is demanding a 9.5% pay rise, or at least 350 euros ($368) per month more over 12 months, for Lufthansa ground staff to cushion the effects of soaring inflation, it said on Wednesday.

The union, which also wants the minimum hourly wage increased to at least 13 euros from below 12 euros, negotiates for 20,000 staff at Lufthansa units including check-in, flight dispatch, logistics services and cargo. Flight attendants and pilots are separately organised.

"After three years of wage sacrifice, employees have been hit particularly hard by the high inflation rate," said ver.di Vice-Chairperson Christine Behle. The pay increase was important to keep employees and to attract new staff, she said.

Germany's most powerful union IG Metall wants to push through wage increases of between 7% and 8% for nearly 4 million employees in the metal and electrical industries.

Airlines and airport operators around Europe are struggling to keep their schedules amid staff shortages. Cancellations just before the start of the summer holiday season have caused widespread disruption.

A first round of negotiations with Lufthansa will take place June 30, ver.di said.