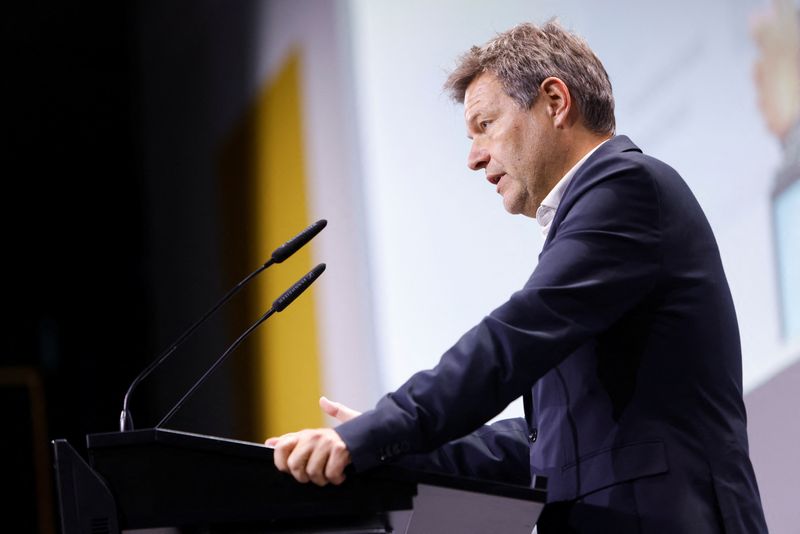 PARIS (Reuters) - Economy Minister Robert Habeck said Germany is completely aligned with France on the U.S. Inflation Reduction Act, adding that they are considering ways to strengthen European industry if talks between the EU and Washington fail on the issue.

Speaking in Paris alongside his French counterpart, Habeck also said bilateral contact with Washington was ongoing: "This is a friendly government. We are talking to them all the time and trying to find solutions," he said.