German floods cause insured losses of over $1.2 billion -MSK 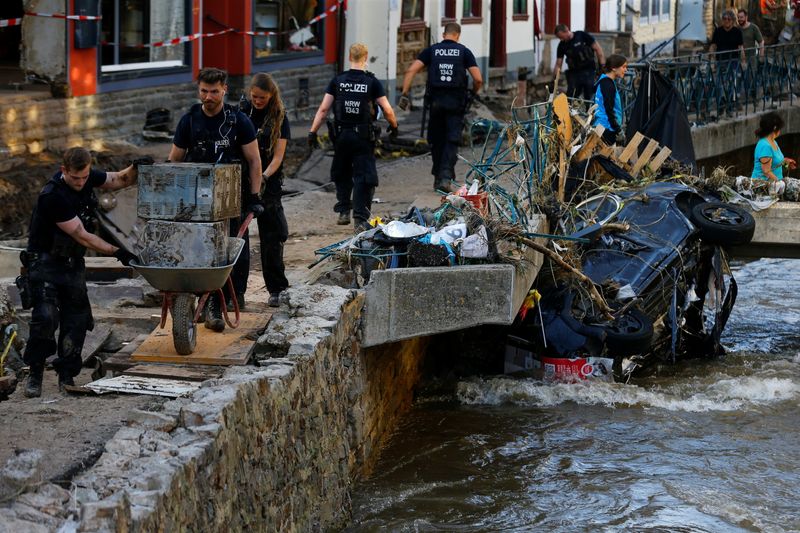 FRANKFURT (Reuters) - The record floods that have devastated parts of Germany and killed at least 170 in the country are estimated to have caused more than 1 billion euros ($1.2 billion) in insured losses, actuary company MSK said on Tuesday.

The floods, which started last week Wednesday, turned roads into rivers, swept away vehicles and buried swathes of land under thick in several regions in Germany, most notably the states of Rhineland-Palatinate and North Rhine-Westphalia.

On Tuesday, the death toll climbed to 170.