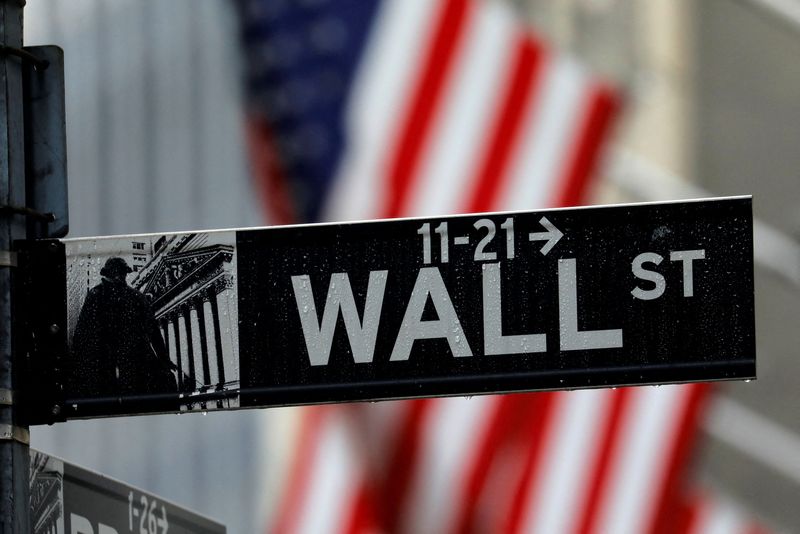 Tesla led the declines with a 1.1% drop after Chief Executive Officer Elon Musk tweeted on Friday that the electric carmaker will raise the U.S. price of its advanced driver assistant software.

Many technology and growth stocks tumbled in the first week of 2022 as investors began to recalibrate their portfolios to account for a more hawkish Federal Reserve, while the banking sector gained 9.4% last week as Treasury yields rallied on rate hike expectations.

Investors await inflation data this week for cues on consumer and producer prices, and whether it will sway the trajectory of the U.S. central bank's interest rate hikes expected to begin this year.

Markets are expecting a greater than 70% chance of an interest rate rise to 0.25% in March and at least two more hikes by year end. [FEDWATCH]

Goldman Sachs, on the other hand, expects the Fed to raise rates four times in 2022, compared to its previous forecast of three.

Sportswear giant Nike (NYSE:NKE) fell 1.4% after HSBC downgraded the stock to "hold" along with peer Adidas (OTC:ADDYY) due to persistent supply chain issues.