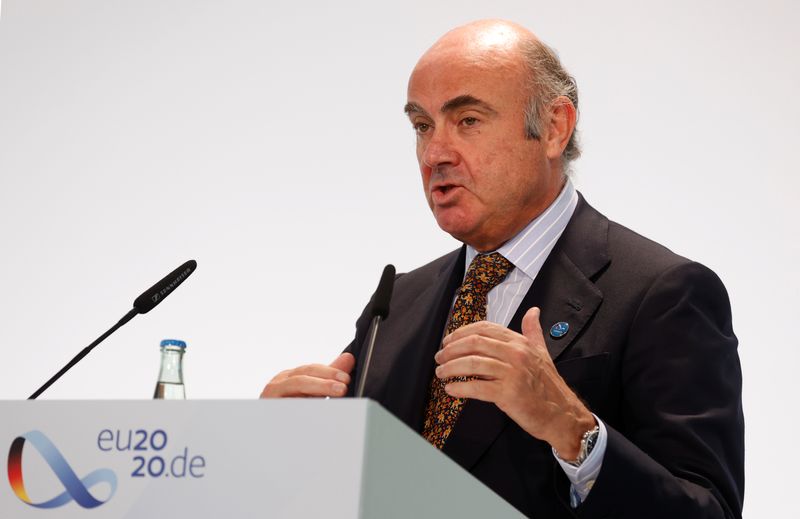 © Reuters. FILE PHOTO: Vice-President of the European Central Bank (ECB) Luis de Guindos gives a statement during the second day of the Informal Meeting of EU Ministers for Economics and Financial Affairs in Berlin, Germany September 12, 2020. Odd Andersen/Pool via

Earlier this month, the ECB raised rates by an unprecedented 75 basis points, just weeks after a 50-point move, and promised several more steps over the coming months as euro zone inflation was at its highest rate in nearly a half a century and at risk of becoming entrenched.

"Monetary policy always tries to act to fight inflation, that will have an effect on consumer spending and investment by companies...and further interest rates increases will depend on economic data," de Guindos told a financial event in Madrid.

"Inflation is the biggest pain for European population," he added.