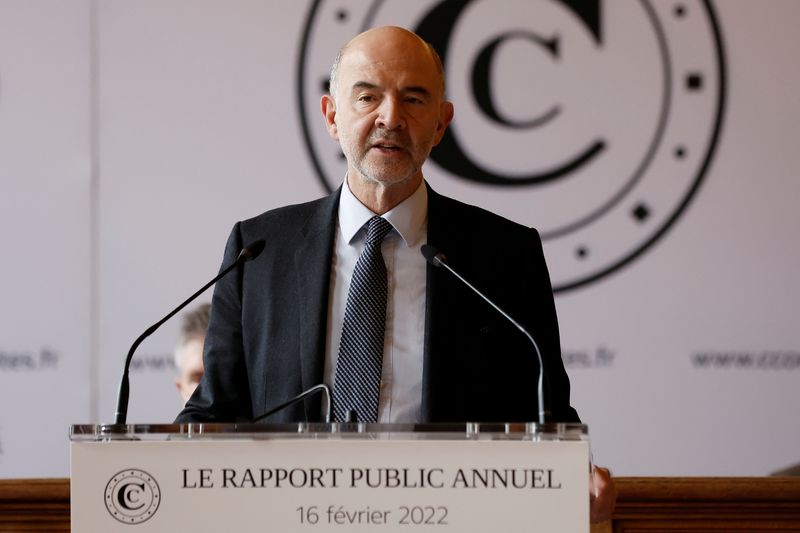 PARIS (Reuters) - French President Emmanuel Macron's government is too optimistic about the economic outlook and its plans for reducing public debt and the deficit are based on reforms that have yet to be implemented, the head of the top public audit body said.

In an interview with Le Figaro newspaper, Pierre Moscovici said a note on its economic outlook that France is due to send to the European Commission already factors in the positive effects of reforms of pensions and unemployment benefits.

"Neither the form nor the effect of these reforms have been quantified, and the forecast is based on the idea that the results of these reforms will be major and virtually immediate, which is far from certain," Moscovici was quoted as saying.