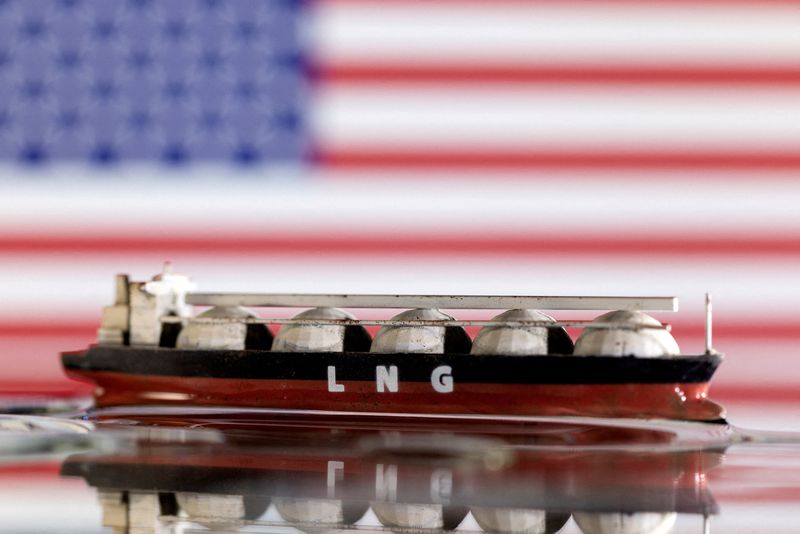 © Reuters. FILE PHOTO: Model of LNG tanker is seen in front of the U.S. flag in this illustration taken May 19, 2022. REUTERS/Dado Ruvic/Illustration/File Photo

(Reuters) -Freeport LNG has not yet submitted a request to the U.S. Department of Transportation's Pipeline and Hazardous Materials Safety Administration (PHMSA) to restart a Texas plant, a source familiar with the company's filings said on Monday.

Freeport LNG on Friday said it was targeting a mid-December restart for its Texas export plant, which has been shut for six months after a fire, pending regulatory approval.

"Proposed remedial work activities for a safe restart of initial operations have been submitted to the relevant regulatory agencies for review and approval," Freeport said in the release.

Operations at the second-largest LNG export facility in the United States will not commence until the plans are approved by the PHMSA.