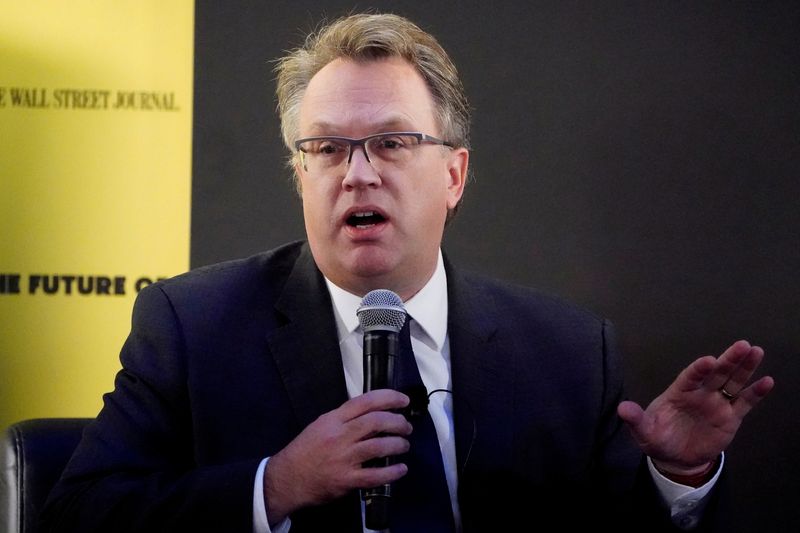 NEW YORK (Reuters) - New York Federal Reserve President John Williams said on Wednesday he still believes monetary policy is not the best tool to address financial stability risks, and that policymakers instead should take action to boost the resilience of things like the U.S. Treasury market.

"For monetary policy to be most effective, financial markets must function properly," Williams said in prepared remarks for a speech to a Treasury market conference at the New York Fed.

"Using monetary policy to mitigate financial stability vulnerabilities can lead to unfavorable outcomes for the economy," Williams said, adding that "monetary policy should not try to be a jack of all trades and a master of none."

Williams did not comment on the near-term monetary policy outlook in his prepared remarks. The New York Fed chief is also vice chair of the rate-setting Federal Open Market Committee.

But Williams did say that amid the current chapter of high inflation, the world's central banks have been taking "strong action" to bring price pressures down. "Restoring price stability is of paramount importance because it is the foundation of sustained economic and financial stability. Price stability is not an either/or, it's a must-have," he said.

The central banker said the Fed and markets need to work together for solutions to improve market resilience.