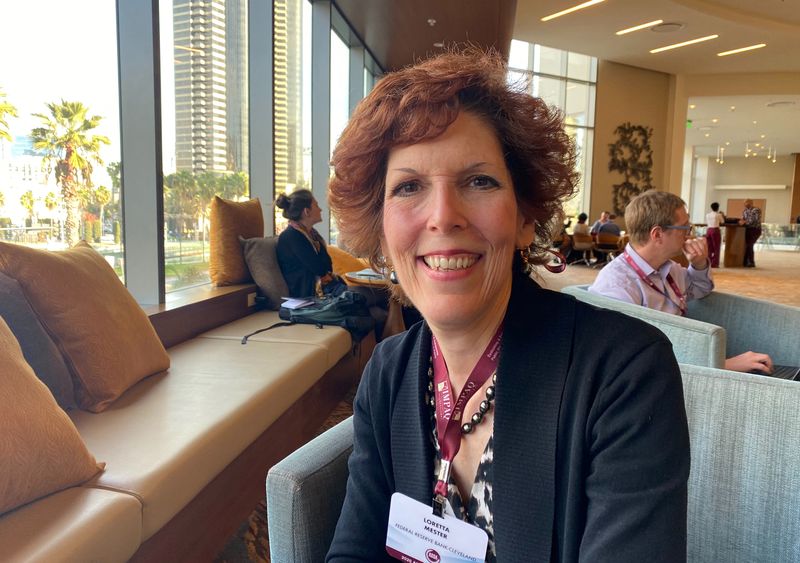 (Reuters) - The Federal Reserve may need to raise interest rates at least three times this year, starting with a rate increase at the March meeting, to respond to a tight labor market and inflation that is persistently high and more broad based, Cleveland Fed President Loretta Mester said on Tuesday.

"If the economy in March looks like it does today and the outlook is similar ... then I would support moving the funds rate up at that meeting and starting to move back from some of the extraordinary accommodation we needed earlier in the pandemic," Mester said during an interview with Bloomberg TV.